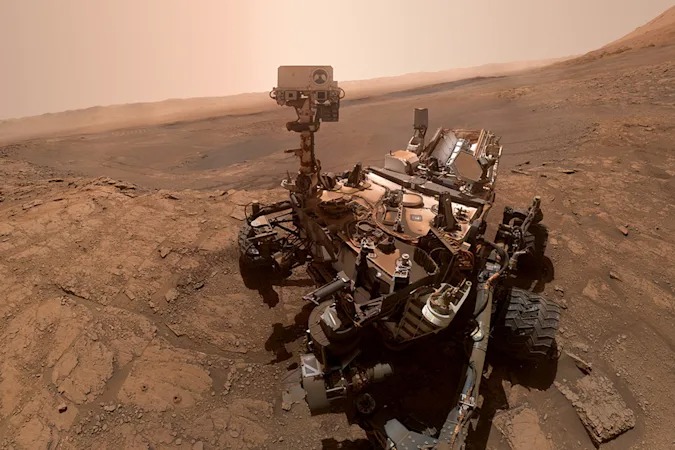 Martian microbes could be near the Curiosity rover?

A team of researchers at the California Institute of Technology reports that they have identified six areas where there may be signs of life on Mars. The research team analyzed the results of observations from NASA’s Mars rover, Curiosity, to identify six locations where methane occasionally occurs from the surface.

Curiosity, which has been examining Mars’ Gale Crater since its arrival on Mars in 2021, has not come to ascertain the location of methane, which could be important evidence of the existence of life. Therefore, the research team looked at the methane particles as a packet model and analyzed the wind direction, wind speed, and airflow movement at that time to find the corresponding occurrence point. In the paper reporting the results, the team found that there are regions of active methane emission to the west and southwest as seen from Curiosity at the bottom of the northwestern crater.

It is important to note that the thesis review has not been completed and the results are not finalized. In addition, since there are other factors besides biological as the cause of methane, the cause is unknown, so it cannot be concluded that there are living things here. However, even if it was non-living methane, it is possible that the liquid water needed by past and present organisms could show geological activity in this area or related to it.

The European-Russian ExoMars project Trace Gas Obiter (TGO) has yet to find methane in Mars’ atmosphere. This suggests either that atmospheric methane is not really present or that Curiosity is likely to be in the vicinity of a local methane source. Whether or not the methane originated from living microorganisms on Mars is still unknown, but the lifetime of detecting methane is 330 years. In other words, if you can detect methane, you might think that something that created it may still be generating methane. The team’s next task is to explore the identity of this something. Related information can be found here.