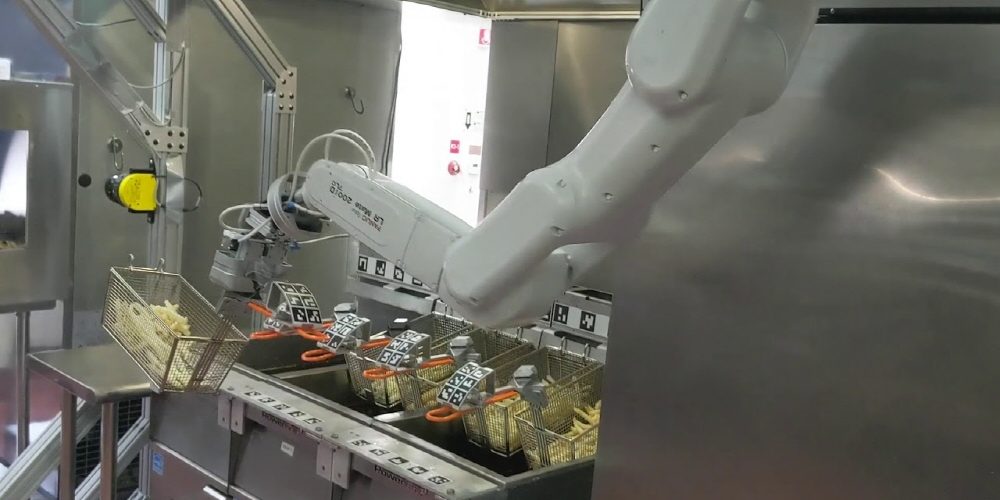 As mechanical engineering advances, robots that automatically cook food have been developed and are actually being introduced into some fast food chains. How far can such a robot lighten the burden on the field? Will human work be taken away again?

According to the U.S. Department of Labor, there will be more than 1.5 million jobs in the lodging and catering industry as of June 2021, double the number in 2020. Many food service industries are struggling with staff shortages and wage inflation, and are trying to automate customer support, online ordering and food production itself.

White Castle, a fast food restaurant, is one of the companies participating in food production automation. Basically, food cooking that is held by human hands is attempted to be automated using Flippy, a robot developed by Miso Robotics, and is actually being introduced at the 42nd store located in Indiana.

Flippy is an arm robot covered with a white oil-resistant cloth. It performs tasks such as tilting a hamburger patty that moves along an overhead rail or pulling a basket of french fries out of the oil. White Castle announced that it will work with Miso Robotics to improve Flippy and open 10 new stores.

One of the biggest challenges engineers face in food processing automation is handling complexity. It is difficult to develop a machine that solves the problems such as hygiene standards for handling raw food, storage, and cooking temperature. Reportedly, robotics emerging companies surveyed are adopting partial-cooking machines like Flippy as a key solution.

The real challenge is how to build a machine that handles food that changes characteristics by cooking, says Bernie Drag, CEO of robot development startup Karakuri. DK-One, a cooking robot developed by this company, can automatically cook by selecting ingredients such as yogurt parfait and green salad.

Similarly, Yair Gordin, co-founder of robot development company Kitchen Robotics, says the focus is on making robots cheaper than humans in terms of operating costs per hour. The company’s cooking robot, the Beastro, can be rented for $7,500 per month, including maintenance, and works for two or three people. In addition, cooking robots are being developed by various companies.

The potential benefits for companies looking to introduce more robots are not only cost savings, but also consistency and reliability. Kitchen automation researchers say the desire to replace untrustworthy humans with more reliable machines has been the driving force for automation hiring for more than 100 years. The impetus as a driving force is that it is getting stronger as the popularity of the restaurant industry, which has a lot of physical and mental burden with relatively low wages, decreases.

Automation always provides high efficiencies, but at the same time as reducing the labor required for cooking, it can also increase the level of quality and product variety that consumers expect. In other words, it saves time and money and is eventually used to attract consumer attention. As a result, there is a voice that the amount of human resources required will never change. Related information can be found here.