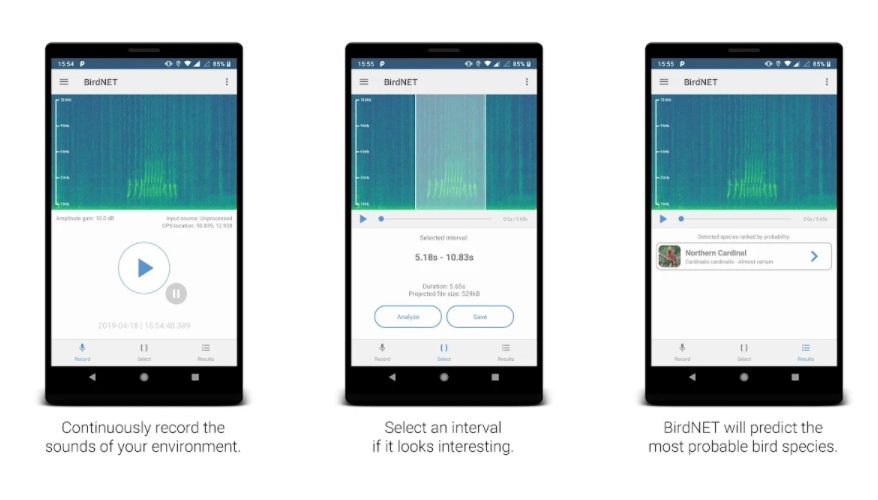 AI analysis with a smartphone to identify bird names?

I often hear birdsong while taking a walk, but I am curious about what kind of bird they are, so it is difficult to check the appearance or to distinguish only by the sound of their calls. BirdNET, developed by Cornell University’s Ornithology Research Institute and Chemnitz Institute of Technology, has released a free app on iOS and Android that can actually use Birdnet in an artificial neural network that can identify bird types by analyzing recorded bird sounds.

Birdnet is a system for detecting and classifying bird sounds through machine learning and operates on various platforms such as smartphones, Raspberry Pi, web browsers, and cloud services. Currently, 984 species of birds commonly observed in the United States and Europe can be analyzed, and more species and regions will be added in the future.

The smartphone app does not analyze the voice recording performed on the smartphone, but uploads the recorded voice to the server and analyzes it. If you specify a range in the displayed speech spectrum, the analysis results in a new name. Birdnet can recognize and distinguish several bird sounds with a single voice. Tapping on the new name displayed will display the corresponding Wikipedia article and give you access to the database. You can also find a detailed explanation by the Cornell University Ornithology Institute. Related information can be found here.