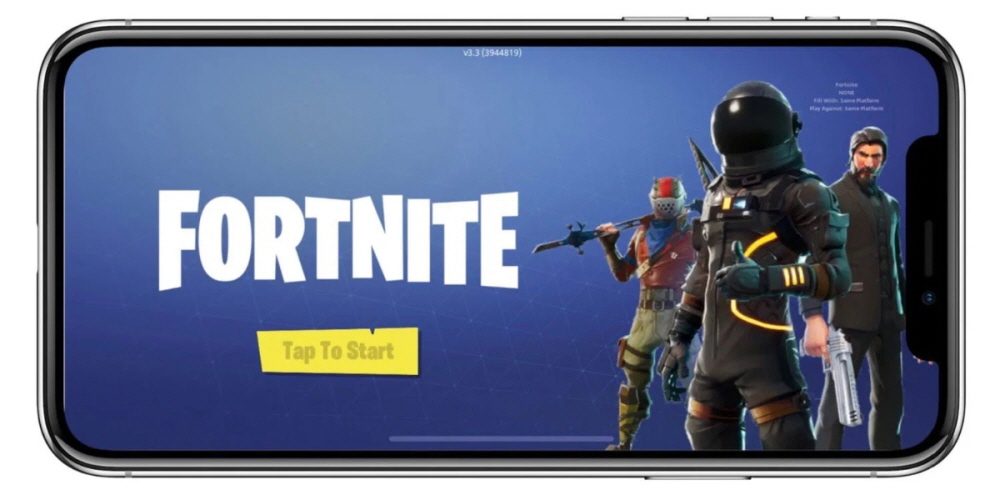 Epic Games to relaunch the iOS version of the Fortnite app

With the passage of a new law in Korea, third-party payment systems are recognized in the App Store. Under the law, Fortnite developer Epic Games has announced that the iOS version of the Fortnite app will be re-released.

In August 2020, Fortnite developer Epic Games introduced a payment method called Epic Directory Payments, which allows you to purchase in-game currency at a lower price than usual. In general, smartphone apps are purchased through the App Store and Google Play official app stores, so developers must pay 30% of sales to Apple and Google as a commission. Since Epic Directory payment is a method of purchasing currency in the app directly from Epic Games rather than through the official App Store, the amount that should be paid as a fee is returned to the user.

However, since Apple did not recognize in-app billing that did not go through the App Store, Epic Directory Payments removed the Fortnite app as a violation of its rules. In response, Epic Games demanded fair competition and filed a lawsuit.

Since then, the iOS version of the Fortnite app has been in a state of refusal to receive for more than a year from this point, but at the end of August 2021, the revised Telecommunication Business Act in Korea forced both Apple and Google to allow third-party payment methods in the official App Store.

As third-party payment methods were legally enforced in Korea, Epic Games announced that it had asked Apple to restore developer accounts in the App Store. Epic Games said it will implement both Epic Directory payments and payments through Apple now and hatch the Fortnite app while complying with new Korean laws.

Apple has not yet updated the App Store guidelines because the revised Telecommunication Business Act in Korea is still in the pre-enforcement stage. Apple claims that accepting third-party payment systems undermines user trust in all purchases made on the App Store. However, experts criticize Apple’s claim because they are afraid that they will not be able to get the 15-30% commission they used to get from in-app billing.

The lawsuit between Apple and Epic Games will begin in May 2021 and a verdict is expected within the next few months.

However, he said that if Epic Games is a condition of following the rules like other developers, it is welcome. According to the report, legal experts and developers from around the world are awaiting a ruling on the anti-trust lawsuit filed by Epic Games in the US court against Apple.

By the way, Apple is not refusing all out-of-app payments at all. Some apps, such as Netflix, are giving way to allowing apps to display links to their sites in order to accept user payments. Related information can be found here.