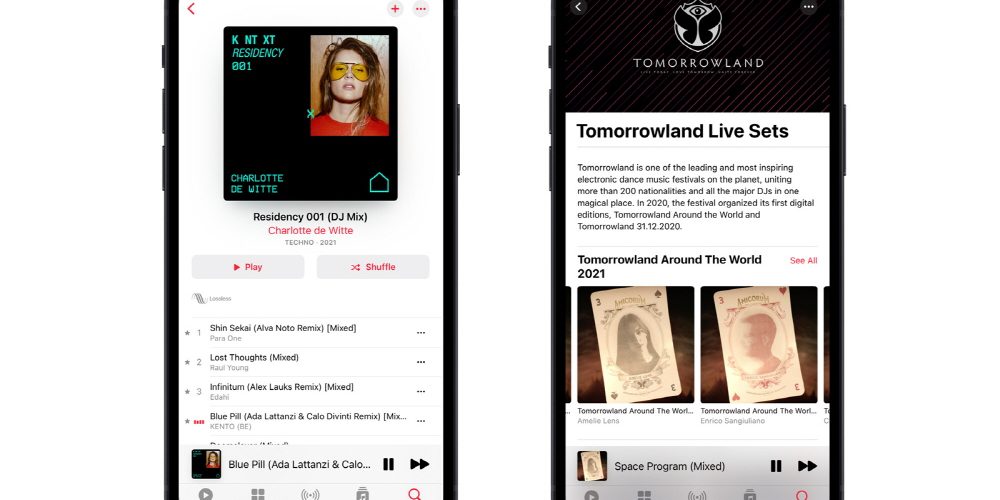 Apple Music announced that it has developed an innovative system that uses Shazam technology to directly pay all music rights holders for the handling of copyright fees, which can be problematic in delivering music mixed by DJs.

The DJ creates library music in the form of expression he intended with the knowledge and skills he can have and delivers it to the listeners. Each DJ has a different method depending on the sound source they handle. However, there are constant problems with the handling of copyright fees caused by delivering music from this DJ library. Until a few years ago, there were many cases where the producer of the DJ mix deleted the mix uploaded to the delivery platform due to copyright issues. Of course, now the platform has signed comprehensive contracts with various copyright management organizations, so it’s not a big deal.

On the other hand, it is difficult to determine exactly how far the payment to the copyright holder is being made. In some cases, even though their songs are being used, the platform recognition technology could not detect them, and as a result, there was a possibility that the rights holders could use them without permission.

Apple Music has introduced Shazam technology to create a system that allows direct payments to original song owners. In addition to the DJ who made the mix, it is possible to fairly pay the suppliers who send the DJ mix, such as music festivals, clubs, concert promoters, curators and indie labels.

Berlin electronic music label Studio ! K7 has announced that it has partnered with Apple to finally release an additional version of DJ-Kicks 14, which has not been on the market for more than 15 years. started to be available on Apple Music.

In addition, Charlotte de Witte, Belgium, said that Apple Music is the first platform to include a track in a mix or to pay a fair payment to the artist who created the mix. said.

In addition, Tomorrowland, which held the EDM festival digitally live through 8 stages in 2020-2021, said it was happy to be able to deliver an archive of plays recorded from past events on Apple Music. Regarding Apple Music’s efforts this time, he explained the significance of being able to stream a girl that was previously impossible to stream. Related information can be found here.