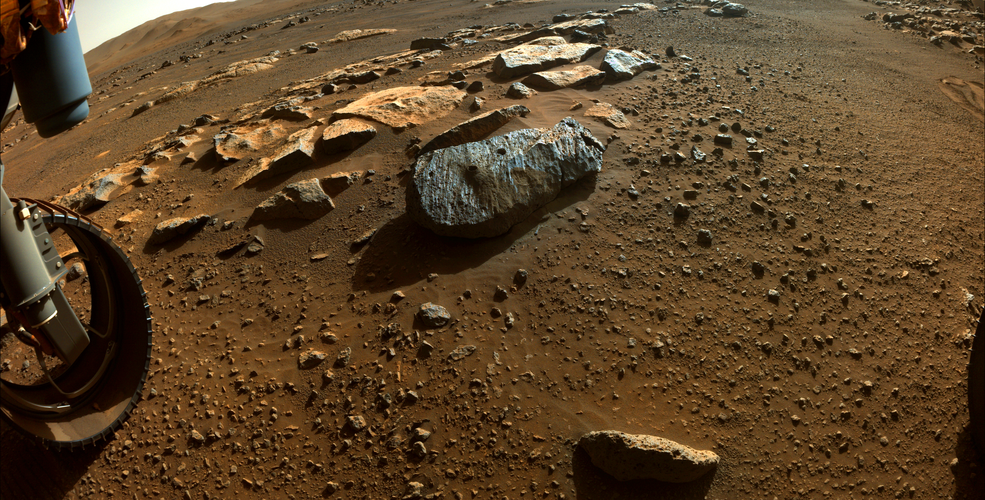 Analysis of the first rock samples taken from the surface of Mars by NASA’s Mars rover, Perseverance, showed that the area was once a persistent environment in which life could exist. A closer look at the sample reveals that it may be able to rewrite the history of Mars, including past volcanic activity on Mars and periods of constant water presence.

A team of researchers from NASA’s Jet Propulsion Laboratory (JPL) and the University of California Institute of Technology said that the rock in the first sample showed a sustainable environment in which to survive. It is pointed out that the rock may have been formed by lava flows from basalt. In addition, if the sample originates from volcanic activity, it is possible to date the formation by radioactive materials in the crystalline minerals included in it, and it will be possible to know when it was formed.

By sequencing several samples, the crater history chronology is completed with the formulation from which the samples were taken. This chronology is likely to capture the primordial Martian climate change, with craters forming, lakes and lakes drying out. Also, this rock contains salt. It is thought that this salt may be derived from the minerals in the rocks dissolved in the groundwater, or the salt remains after the liquid water evaporates.

The research team predicted that the crater was once a lake, but it is unknown how long it existed. For example, it is possible that the crater may have turned into a lake and dried up again in just 50 years, but this sample shows that groundwater has been around for a long time.

The sample was taken from a single rock, and several samples are still to be analyzed to unravel the history and secrets of Mars. Perseverance is currently looking at the bottom of the crater as a preparation for samples to bring to Earth. Interesting samples will be preserved in titanium sample tubes and in the future, they will be unloaded at some recovery points for recovery machines from missions in cooperation with the European Space Agency (ESA).

In addition, the location for the next sample to be collected is about 200m away from the current location (South Séítah). The site is said to be a rock formation older than the first sampled site in its location on a ridge lined with sand dunes and rock debris. Therefore, there may be hidden hints of old dating events near Mars. However, in October, Mars, as seen from Earth, is hidden in the sun, so all Mars-related missions are suspended. Perseverance is expected to go here, dig a hole in the floor and spend a rest period. Related information can be found here.