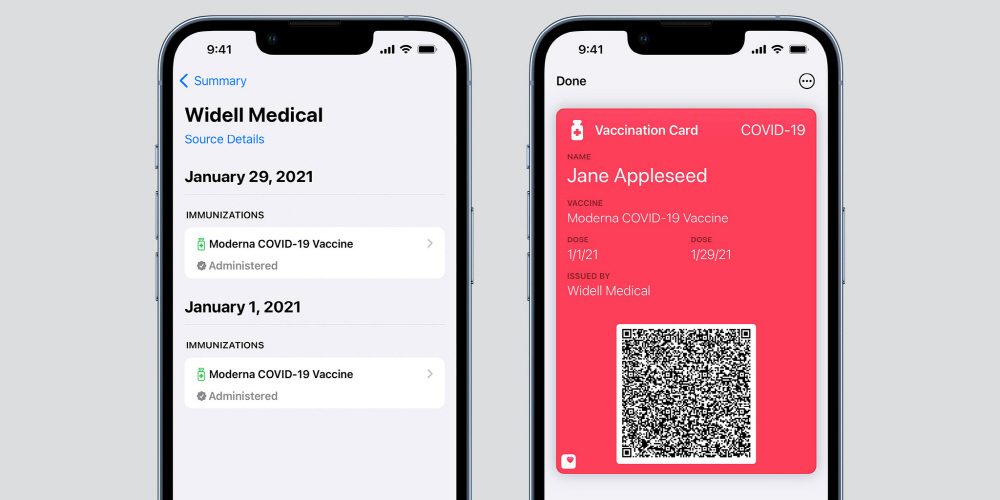 The release of iOS 15.1 beta started just one day after the iOS 15 release. In iOS 15.1 beta, it becomes possible to manage COVID-19 vaccination records and test results on iPhone.

According to Apple, the vaccination card is managed by the iPhone genuine app Health, which can record various health information. Users using iOS 15.1 can download and save vaccination records and test results to the medical app, and share these records with third-party apps. In the future, the update history can be added to the wallet app so that it can be provided quickly to various facilities.

For records such as vaccinations, the World Wide Web Consortium (W3C) Verifiable Credential, a standardization organization, and SMART Health Cards, an open interoperable framework based on the HL7 FHIR standard, are used.

The smart health card was developed because there is a need to create a digital certificate instead of a paper vaccination certificate because vaccination is in progress worldwide. The Vaccination Credential Initiative (VCI), a project created by a number of companies and organizations such as Microsoft and Oracle that developed smart health cards, is working to enable digital access to authenticated clinical data and credentials.

Apple says its vaccination card system is designed to protect user privacy. Sharing to third-party apps is also enabled, but third-party apps don’t get persistent access to medical records, and when developing apps that can query vaccination cards, developers should ensure that data is encrypted in transit or at rest. do. Apple will release a developer guide in the future. Related information can be found here.