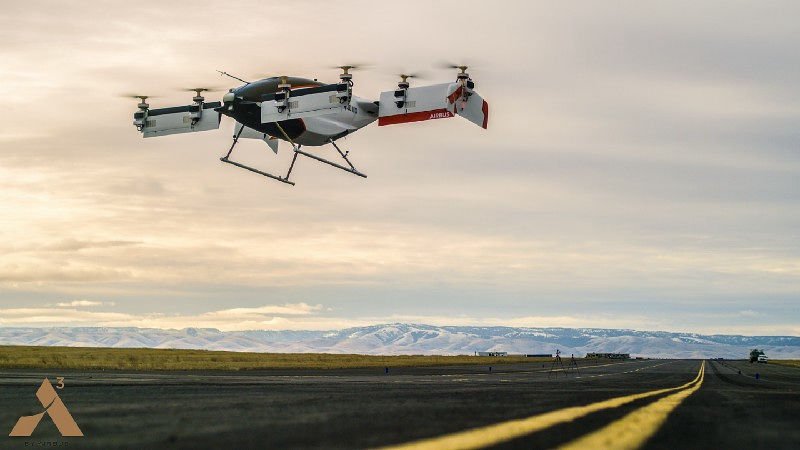 Airbus has developed a flying taxi bar (Vahana), which is said to be the first test flight.

Airbus has been developing one of its electric vertical take-off and landing devices, eVTOL (eletronic vertical take-off and landing), in A³, Silicon Valley, USA for the past two years. Baja is equipped with eight wings, two wings on the front and back of a small airframe measuring 5.7m in length, 6.2m in width and 2.8m in height and weighing 745kg. The wing is designed to rotate 90 degrees, so it can take off and land vertically like a helicopter.

On its first test flight, Airbus floated the air for 53 seconds to automatically raise the air to 5 meters. But the video showing how we did this flight has not been released yet. Airbus is showing the image of a drones taxi in the sky by actually carrying people through the concept video.

According to this, BAHA can make boarding reservation through smart phone. This allows you to get on and off the nearby takeoff and landing facility called Vertiport. If the reservationer is on standby, one bar approaches and eight helicopters descend vertically with the eight rotor heads toward the sky. After landing, the canopy, located in the torso area, opens and you can ride. 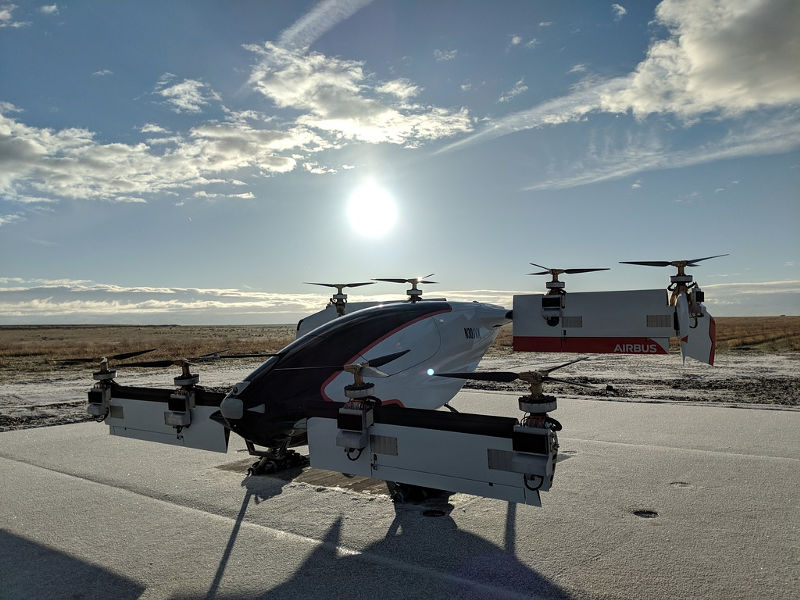 Of course, this test flight is my initial test level. It is takeoff and landing and simple flight degree. In the future, specific tests will be conducted to implement actual services, such as testing to move between two distant points.

Airbus has announced that it is in the process of developing a flight vehicle called Project Vahana in 2016. Baha is to develop for urban commuting. Dracon taxi, which can take off and land vertically, does not require huge construction costs like railway or highway, so it has the advantage of greatly reducing the cost of urban infrastructure.

Airbus, which has already established itself as the world’s largest manufacturer of passenger planes and helicopters, has revealed its willingness to invest in artificial intelligence and autonomous operation technology to develop blue-ocean airplanes in the flight market. Tom Anders, CEO of the company, stressed that city traffic was trapped underground 100 years ago, but urban traffic is now on the ground to be turned into the sky. Drone taxis are already a concern in Silicon Valley. Uber and Google founder Larry Page are also investing. During the CES 2018 in Las Vegas in early January, a drone taxi model is on display, and the Chinese Baihong is conducting tests to commercialize a drone taxi, which will increase the possibility of a drone tax in the next few years.