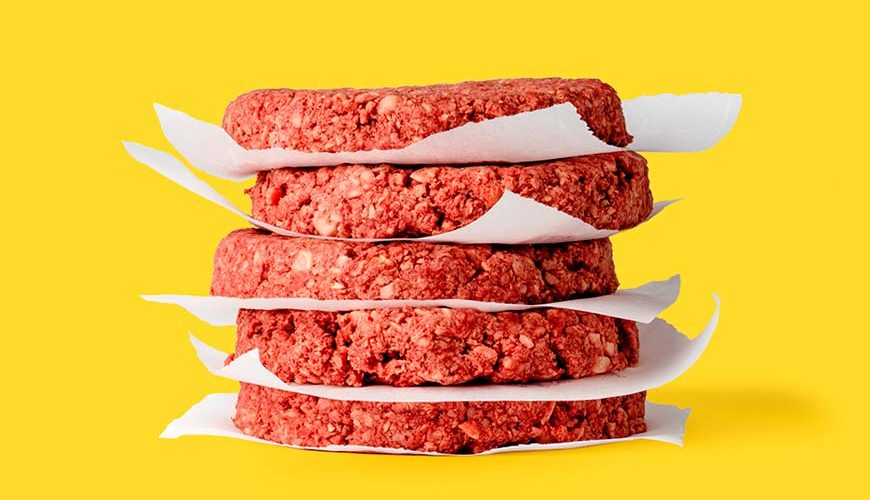 Why do you want to be a fan of food tech? Food-Tech is literally a combination of food and technology. Combining technology with food. In addition to processing food itself through artificial meat, or making it directly at home, it is also possible to use O2O or self-propelled vehicles to make reservations or recommend restaurants based on big data, The range of FoodTech is still expanding, whether it is to innovate distribution, to make hamburgers or to cook pizza. In fact, in the United States, it is seen as an area of ​​food technology that enhances agricultural production efficiency.

◇ The reason why technology and food should meet = The reason why food tech gets such attention is because it corresponds to the basis for living human being. Of course, it is not that there was no agricultural, distribution, or food delivery. But there are many reasons to demand innovation in this market. For example, as of 2015, the world population is around 7.3 billion. But by 2050, it will exceed 9 billion, and by 2100 it will exceed 11 billion. This is especially true given that the existing farming system estimates the population that can sustain 10 billion.

The problem is that the world is experiencing an unusual climate, such as global warming, with carbon dioxide levels exceeding the global average of 400ppm in 2015. However, the current system is not easy to deal with efficiency and climate change. For example, livestock farming has already reached 33 million km2, roughly the size of the African continent. About 25 percent of the earth’s surface is used as land for livestock. It also appeals to water shortages all over the world, but it takes 15,000 liters of water to get 1 kg of beef. The cost of raising cattle is 28 times higher than other animals and 11 times higher than water.

It is estimated that by 2050, 99kcal of energy per person will be consumed per day. Vegetables and fruits will decrease by 14.9g, meat by 0.5g, and fruit production by 4% or more. The estimated death toll is estimated at 500,000. Now we need a fundamental approach to food issues.

◇ Stem cell cultivation · Meat · Egg · Milk ‘ Artifical food era ‘ = Artificial meat is one of the most remarkable foods. Companies like Memphis Meats cultivate meat cells to produce artificial meat. Stem cells are taken from an animal and cultured to grow into meat that can actually be eaten. Stem cells provide nutrients, minerals, and sugars to make meat. This meat is called the Clean Meat on the Memphis Meat side. Of course, the production cost is still high, but the price can be lowered in 2021, when Memphis Meat’s goal is to be put into practical use. In addition to this company, there is a Dutch company, Mosa Meat, which is developing artificial meat. It is also a joint venture of Google co-founder Sergey Brin.

In the domestic start-up like The Planet, we showed products such as mayo as mayonnaise without egg. Muufri also developed artificial milk made from protein yeast in milk.

Soylent, an alternative to the meal, is also essential. It was first provided in powder form, but more recently it is provided in bottle form in liquid form. Algae and other ingredients to lower the blood sugar index and essential vitamins and minerals are included.

In similar places, the start-up lab Nosh in Korea has also introduced a substitute meal containing the essential nutrients evenly in the powder. Essential nutrients in the 85g powder that can be easily ingested by mixing only water.

◇ Patty-bending robot · Cooking 3D printer = There are also attempts to output food to a 3D printer. NASA plans to print out space food to 3D printers, and the chocolate brand Hershey has launched a 3D printer, CocoJet, that can print chocolate in 2015. PancakeBot, a 3D printer that burns pancakes, is also available. The advantage of using 3D printers is that you can freely create shapes as you like.

Robot Flippy, developed by Miso Robotics, burgers hamburger patties. This robot, which is formed in the form of a robot arm, is installed in a kitchen, and recognizes materials for burgers including patty using a sensor corresponding to the human eye, and senses the state of baking through a temperature sensor. By combining artificial intelligence, you can learn not only patty, but also other functions such as cutting vegetables or frying potatoes, and the more the data is accumulated, the better the cooking becomes.

In addition, start-up Zoom Pizza, which dreams of pizza-based Amazon, brews pizza with a robot to make 372 pizza per hour. The reason for using robots on behalf of people is for speed. In the case of zoom pizzas, eye-catching is the use of technology to reduce time to delivery through robots in production and real-time road conditions via GPS.

◇ Distribution innovation that amazon · ubiquitous is aiming for = As for the example of the pizza, there is already active technological innovation in distribution. AmazonFresh is a service launched by Amazon in 2007. It will deliver fresh and processed foods such as vegetables and meat to customers. Amazon expanded its service to Seattle only to London in 2016 and Tokyo in 2017. Of course, there has already been a fresh food and daily commodity delivery service centering on large marts and convenience stores, but as Amazon’s (Amazon’d) symbolizes, it means that Amazon’s momentum to expand its online power offline, I can not stop.

Another dinosaur Uber Eats is Uber’s food delivery service since 2015. It combines its technology and infrastructure to make it easy to enjoy restaurants and famous restaurants, allowing you to easily order with your app and see your estimated delivery time or current location in real time. He has also made inroads into the domestic market and is currently cooperating with about 800 restaurants in the Seoul area.

Of course, the Uberitz is not a dinosaur when it comes to domestic markets. The nation of delivery accounts for 51% of the market share, followed by Yogi (35%) and delivery (14%). Technology has also been steadily applied. In the case of the nation of delivery, last year, it introduced the simple payment function Bae Min-pae, and this year it cooperated with Naver and ordered the food through the artificial intelligence speaker. In addition, the company bought two-wheeled calls in 2015 and strengthened its own delivery service, Yogi is also pursuing logistics integration by acquiring Bargo, a delivery agent.

On the other hand, premium wind is also strong. Market Curley, which stands for the domestic mobile food market, selects high-quality food and fresh foods and ships them at dawn. Market Curley has been enjoying a high level of response since its establishment in 2015, with average daily customer orders of 1,439 times and sales of products up to 199 times over the past three years.

Amazon, which we introduced earlier, also ships food freshly within 24 hours via Amazon Fresh. Amazon acquired Holfood, an organic food market last year, to strengthen its fresh food market and make it available offline. Off-line and online barriers are broken, shipping time is reduced to emphasize freshness, and premium components are added to shake up the existing composition.

Attempt to combine block chain ◇ … FoodTech Innovation is ongoing = There is also an attempt to combine the block chains that have recently attracted attention. The Phantom Consortium plans to combine block-chains and food-tec transactions such as delivery apps. If the seller confirms that the product has been shipped, it will not only be able to make a safe transaction to send money, but also can trace the history information and provide it to the customer when the animal is slaughtered and the process is distributed. The transaction fee can be reduced to almost zero, and you can check all the history information from production to distribution.

In this way, technological innovation surrounding food technology is taking place from the food itself, to recipes, to actual cooking as well as distribution. In addition to technology such as block chains and artificial intelligence, distribution innovations such as autonomous vehicles and drones will continue to be innovated. Only ten years ago, competition in this market was at the base of ‘taste’ or ‘freshness’. Of course, this basic concept is still valid, but the example shown above shows that future competition should be the basis of technology.

※ This article is contributed to the Korea Invention Promotion Society webzine.