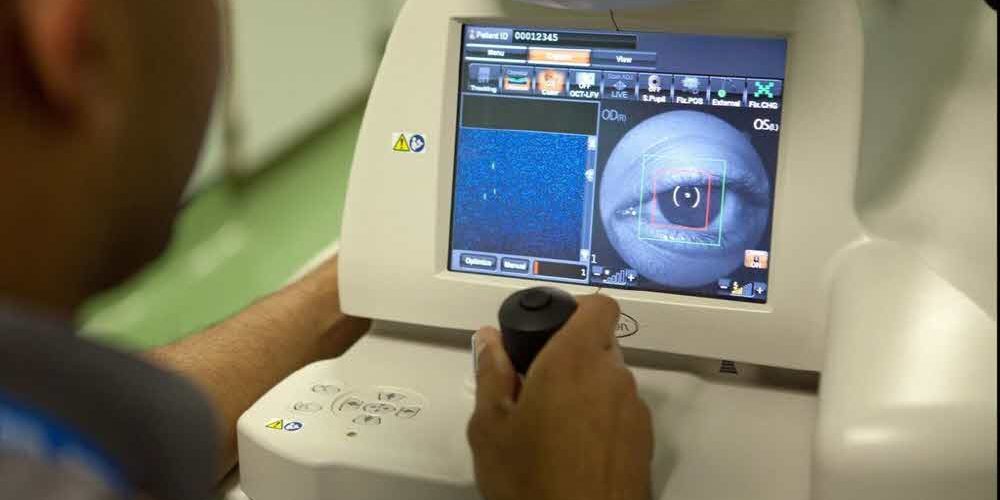 DeepMind, a Google-affiliated company, launched a technology study that could prevent blindness in 2016 using artificial intelligence. First, in February, DeepMind Health collaborated with Royal Free Hospital to develop mobile apps (Streams) that allow doctors and nurses to quickly determine the patient’s acute kidney damage status. The company has partnered with the Moorfields Eye Hospital to innovate the ophthalmologic examination method and to conduct research to find the disease early.

At the time, according to the announcement, in 2016, only 360,000 people were blind or partially sighted in the UK. Identifying ophthalmic diseases and determining treatment methods used eye scanning, but the analysis of the test results was complicated and time consuming.

Deep Mind Health can help the clinician to understand the patient’s illness by learning eye scan data, symptoms, treatment, etc. in artificial intelligence. If the disease can be detected early through machine learning, the possibility of stopping the disease progression will increase. This research is expected to be able to detect and treat early signs of disease such as macular degeneration which is the cause of blindness. In 2050, the number of blindness is expected to double, so it is important to prevent eye disease through technology.

Globally, there are about 350 million people with diabetic retinopathy. Diabetic retinopathy is a problem because it is fast and many people can not notice until the disease progresses. However, if the neural network learns eye scan analysis, it may increase the speed and accuracy of diagnosis and prevent blindness up to 98%.

According to a report by Google, deep-learning technology has improved, and the accuracy of the image recognition process has been improved, which has helped the company to specialize in early detection of eye disease due to diabetes. Diabetic retinopathy is initially associated with a stigma attached to the retina, and progressive progression of the retina is accompanied by a lump that deteriorates the retinal blood flow. Ophthalmologists see this condition while seeing the retina, but there are many cases where blindness occurs as the number of specialists is not enough. However, Deep Mind recently became able to diagnose eye diseases with the same precision as human doctors through artificial intelligence, and it became possible to introduce them into hospitals within a few years.

One of the most commonly used methods for diagnosing eye diseases is to use OCT (Optical Coherence Tomography), which uses near-infrared rays, to shoot 3D scan data on patient’s fundus and blood vessels. In about 10 minutes, 3D data is created and the ophthalmologist finds signs of ocular disease based on this. Deep Mind has cooperated with Moore Fields Hospital to learn about 15,000 OCT data from 7,500 patients treated in artificial intelligence. In addition, the diagnosis of human ophthalmologist was done in parallel with the training, and the diagnostic accuracy of artificial intelligence was raised. The artificial intelligence thus trained showed a concordance rate of 94% or more as compared with 8 doctors.

In recent years, introduction of artificial intelligence has also become active in the medical field. The US Food and Drug Administration has already approved an artificial intelligence diagnostic system that does not require human intervention to diagnose diabetic retinopathy. Deep mind diagnostics will be able to diagnose more than 50 ophthalmic diseases in the future if they are certified as systems that do not require human doctors.

There is, of course, a problem that artificial intelligence can not clearly explain how results are derived from input data. There is a possibility that artificial intelligence will make a fatal mistake if human beings fall out of judgment altogether. The Deep Mind side says it has taken measures to prevent fatal mistakes that could occur when people leave their hands. First, the software operates according to some algorithms trained on several independent data. It is designed to allow other algorithms to cover errors even if an error occurs in the algorithm through a diagnostic process that does not depend on one algorithm.

Second, artificial intelligence does not output only one result, but outputs multiple results that are diagnosed as having a high possibility. It also shows which of the patient’s 3D scan data was acted for diagnostic reasons. This will allow the human trainer to see the output later and provide an opportunity to correct mistakes or errors. The number of OCT tests conducted in 2014 is only 5.35 million. However, the inspection process itself can take a long time, and as soon as the inspection and judgment are done, more people can be obtained from the blindness crisis. The OCT test, which combines artificial intelligence, is much faster than the human diagnosis, and the introduction of artificial intelligence into the diagnosis of ophthalmologic diseases will improve the diagnosis rate and ultimately help protect the eyesight.