Half of the world’s Internet traffic

If you look at streaming video services such as Netflix and Amazon Prime, you can start to watch movies, dramas, animations, However, according to a survey, 58% of the world’s Internet traffic is actually downgraded.

According to a report by network company Sandvine, the most traffic was Netflix 15% of total traffic followed by HTTP media stream 13.1%, YouTube 11.4%, browsing 7.9%, MPEG transport stream 4.4% . Netflix accounts for 26.6% of the total video streaming, accounting for one quarter of the total. 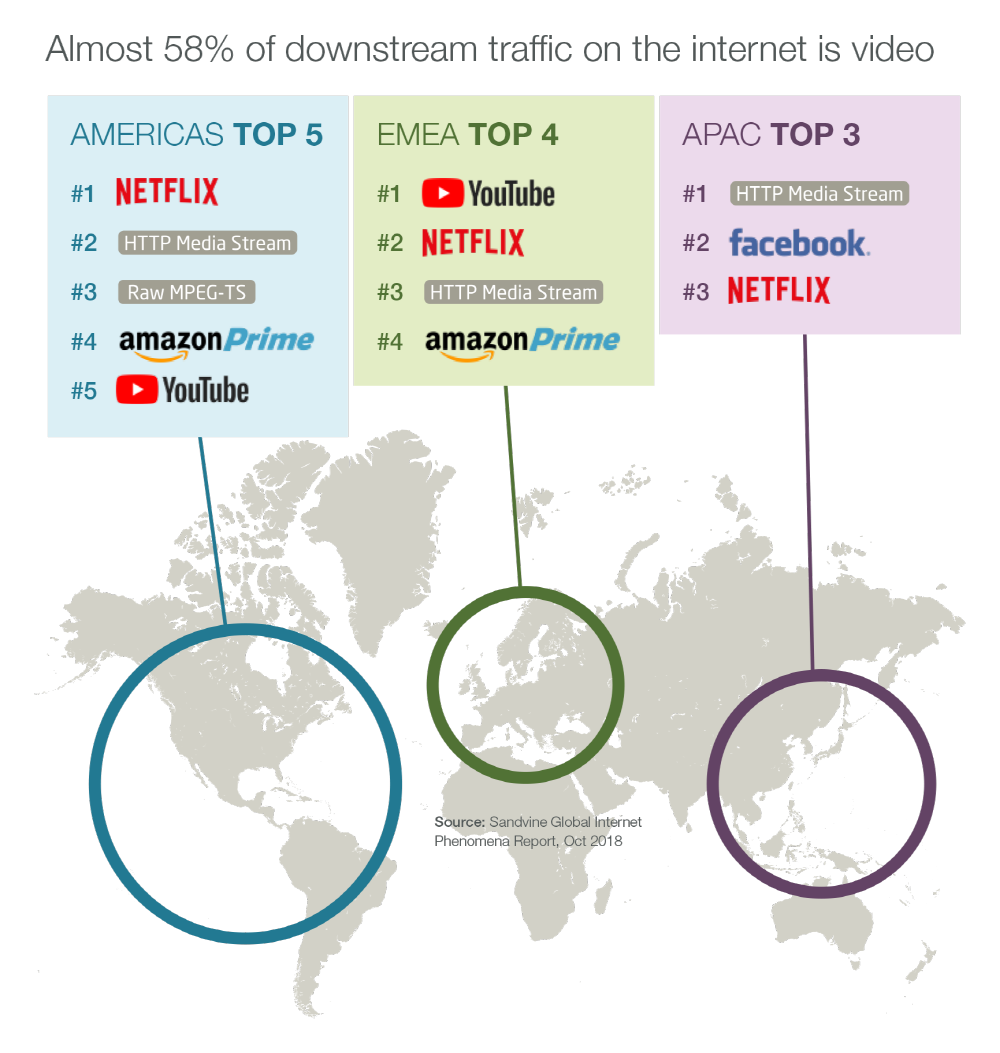 The survey shows that video streaming can capture the share of Internet traffic, while Netflix has a significant impact on the industry. It is also possible to infer why Disney and other video content companies are about to enter the market. For more information, please click here .