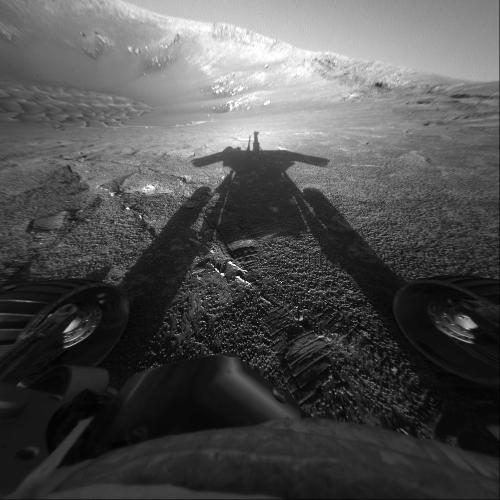 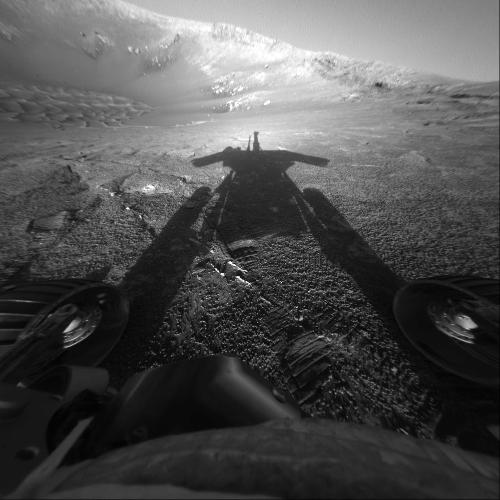 On February 13, NASA announced the completion of its mission to Mars Exploration Opportunity. Opportunity originally accepted the 90-day Mars mission, but ultimately completed the most successful missions in the history of interplanetary exploration (precisely 90Sol, 24 hours and 39 minutes a day) 90 days in the year).

To the robot who turned 90 days into 15 years of exploration:

You were, and are, the Opportunity of a lifetime.

Opportunity dropped in the Mars Meridiani Planum area seven months after it was fired from the Cape Canaveral Air Force Base in Florida on January 24, 2004. Opportunity was scheduled to explore the surface of Mars on a scale of about 1,000 meters for 90 days. However, it has continued its mission by breaking through difficult areas while demonstrating endurance and durability far beyond the expectations of the NASA research team.

Opertunity took 217,000 photos through a 360 degree camera and transferred them to Earth. He also succeeded in making detailed analysis of the surface of the 52 rocks and found a trace of the presence of water in the hematite, which is the minerals in the water, and the water in the ancient Mars. 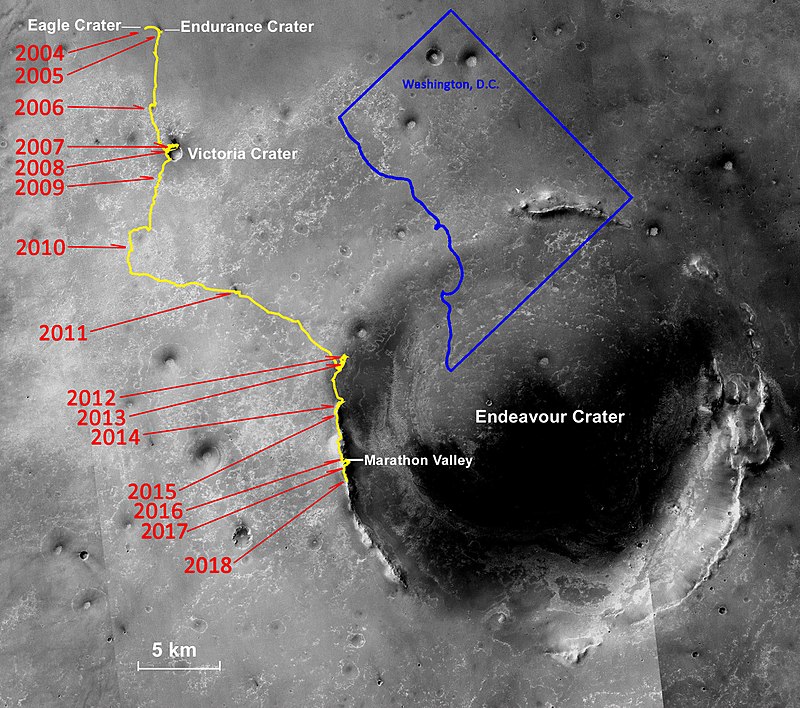 More than fourteen years after the arrival of Mars, last June, a sand storm blowing on the surface of Mars caused thousands of times to recover from solar power. But eventually the communication was broken.

It is likely that there has been a problem somewhere on a probe that has rolled for 15 years as the surface temperature of Mars has dropped without sunshine for several days. It was hoped that if the solar storms could not develop due to the sand, the occasional whirlwind would blow the sand and the probe would work again.

Spent the evening at JPL as the last ever command was sent to the Opportunity rover on #Mars . ?

Eventually, on February 12 this year, he sent the last resurrection order but failed, and Nasar finally decided to terminate Opportunity’s mission.

Opportunity, which has been exploring Mars for 15 years, has traveled more than 45km. For more than a decade, Opportunity has found the symbol of Mars and the possibility that Mars was once covered with water. Following Opportunity, Curiosity and Insight, a new probe that will arrive in 2020 will fill Opportunity’s vacancy.