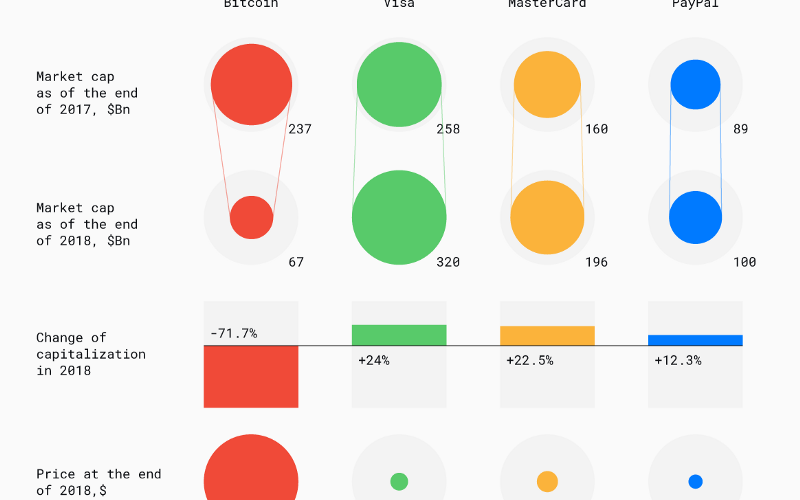 DataLight has announced that BitCoin will lead the global billing system in the next decade. According to this, if the bitcoin network grows at the current pace, it will be possible to dispel popular Visa, MasterCard and PayPal from the market in the next 10 years as payment methods from around the world.

For this reason, DataLight cited low fees, community fidelity, and the number of nodes, ie, the number of computers participating in the network. For example, the number of bitcoin active nodes is 10,000, but the visa data center is 119, MasterCard is 98, PayPal is 51. 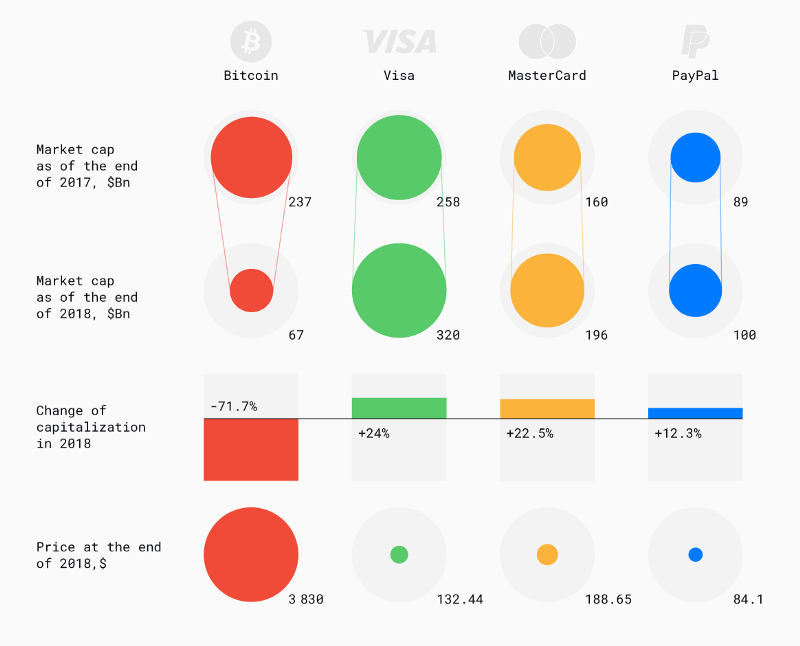 Currently, there are 25 million coin purses. The number of credit and debit cards issued by Visa and MasterCard amounts to 5.3 billion. But the beat coin is only 10 years old. Visa was introduced in 1958, MasterCard in 1966, PayPal in 1998.

DataLite also talked about the Lightning network, which aims to improve bitcoin transaction rates and reduce commissions. Currently, the number of transactions per second for the bit coin is 7, which is different from 65,000 for Visa, but Data Light believes that there is still much time to improve the bit coin.

DataLight believes that technological improvements will make bitcoin networks the world’s leading bill payment system, and that the weakness in 2018 is only a temporary downturn before exponential growth and peak renewal. For more information, please click here .