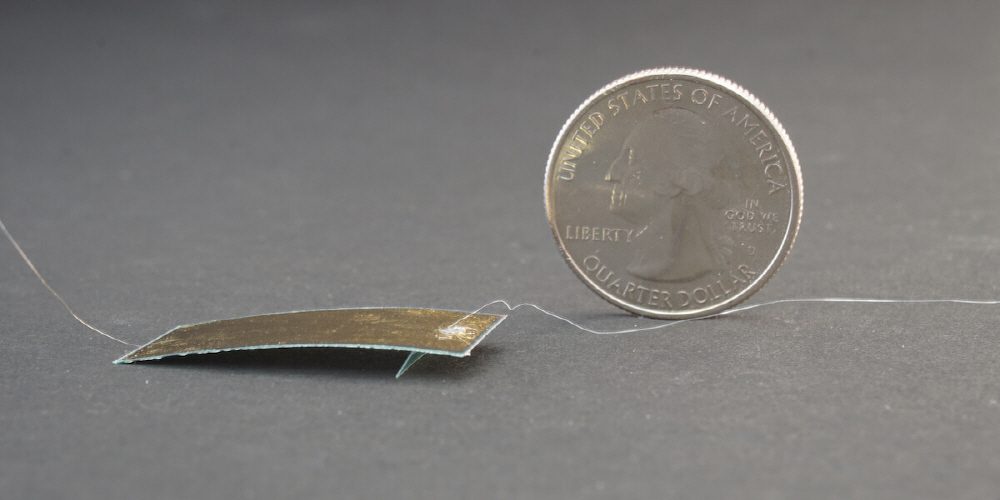 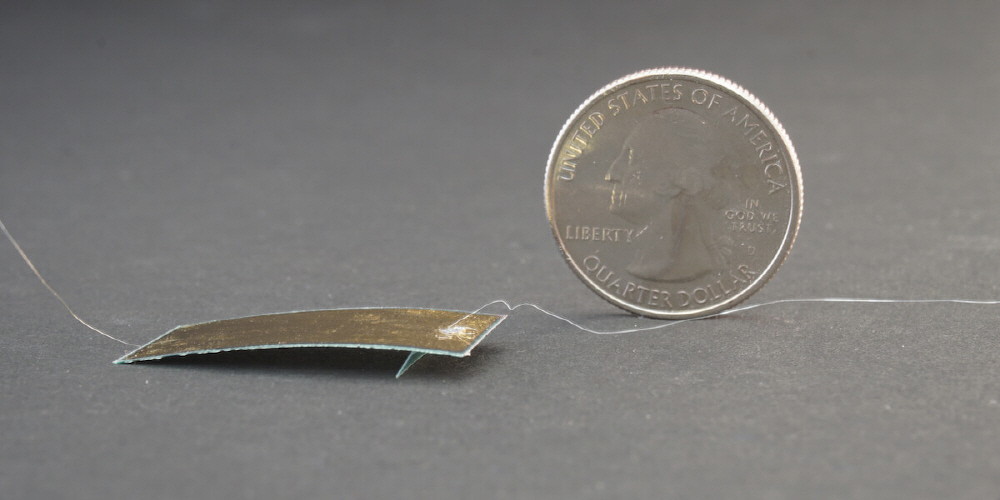 Cockroaches not only have amazing vitality, but also pass through gaps that are smaller or narrower than their body. The development of a flat robot that combines the durability and mobility of such cockroaches attracts attention.

A research team at Berkeley University of California and Shenzhen University of Tsinghua-Berkeley developed an insect-sized planar robot. The robot, the size of a stamp, is made of a thin sheet of piezoelectric material made of polyvinylidene difluoride (PVDF).

Piezoelectric materials are characterized in that the material expands or contracts when a voltage is applied. This robot, which is covered entirely with elastic polymer, also expands and contracts the entire sheet when voltage is applied. The research team developed a robot that bounces forward and moves whenever it is stretched and constructed by attaching legs to the PVDF sheet.

Like a real cockroach, the robot made in this way is durable enough to go forward even if a person steps on it. In the actual video, one adult who weighs 59.5 kg on the scale is stepping on the robot, but it can be seen that the robot continues to advance without damage. The body weight of the robot is only 20-65mg, but it can withstand a load of 60kg, which is a whopping 1 million times.

Also, if the robot is placed in a narrow test tube and voltage is applied, it travels 20 times faster than the maximum length per second. It also slows down, but you can move with peanuts 6 times heavier than you.

Robots with such small and robust mobility are believed to be useful in search and rescue missions for the injured. For humans and disaster relief dogs to enter, it can be expected to be used, such as sending them to dangerous places to search the interior.

The robot still connects thin wires to give voltage, but the research team is trying to mount a battery so that the robot can run independently. In addition, a gas detection sensor can be added to check for harmful substances in the infiltrated area. Related information can be found here .