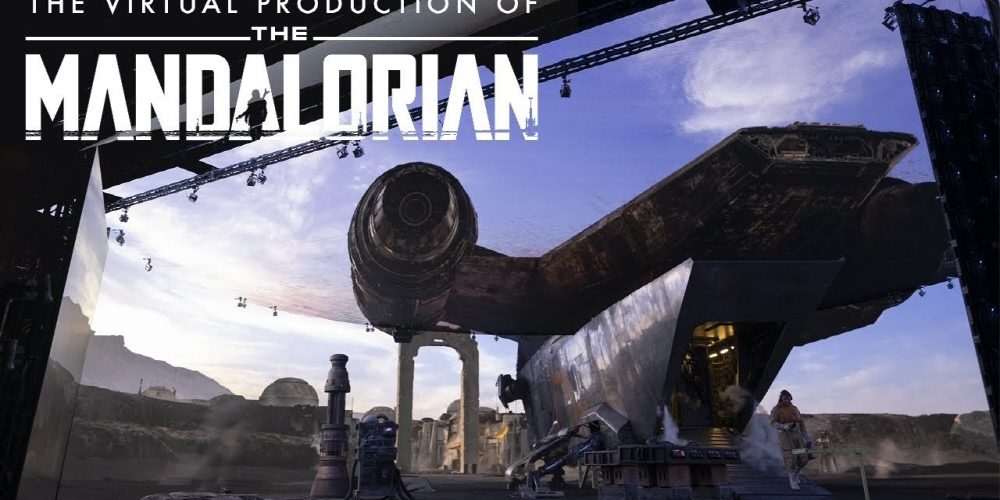 The Mandalorian is a Star Wars spin-off that will be released streaming through Disney Plus. Currently, Season 1 is out. However, it is said that the shooting set is not a green screen, but is illuminated by a giant LED made of a cylindrical shape from an image created by Epic Games’ Unreal Engine, which is mainly used for game production.

Called Project Spotlight, this virtual production tool is said to be used for 50% of the scenes in the play. The cylindrical set is 6m in height and 22.8m in diameter, and an LED that turns around 270 degrees surrounds the performer. Rocks, mountains, light sources, and weather can be increased or decreased. The point is that the background tracks the camera position and moves the angle accordingly. The simulator can use a curved screen, but it was used for filming.

It is said that even the Star Wars series couldn’t cost as much as the film, so it was necessary to somehow introduce the technology to create the best film effects within the budget. This is the reason why I tried this method, which takes overwhelmingly less compositing time than the back screen, and just take what I saw in the background.

Using this method, you can choose a scene, whether indoors or outdoors. If part of the spacecraft is put on a green pedestal and used in conjunction with the existing method, there is no need to change the set drastically, and there is no need to go to overseas shooting locations by plane.

Using a tablet, you can adjust parameters such as the location of the light source or the color temperature of the sky. It is possible to green back only the camera frame or to maintain reality by allowing the background reflected on the ceiling to be reflected on the object. For reference, recent games made with Unreal Engine 4 include Summer Lessons, Star Wars Jedi, and Final Fantasy VII remakes. In recent years, as game graphics have improved, it has become an engine that Lucasfilm’s ILM can adopt. Anyway, this method could revolutionize Hollywood. The number of works taken using this method can increase without the viewers knowing. Related information can be found here .