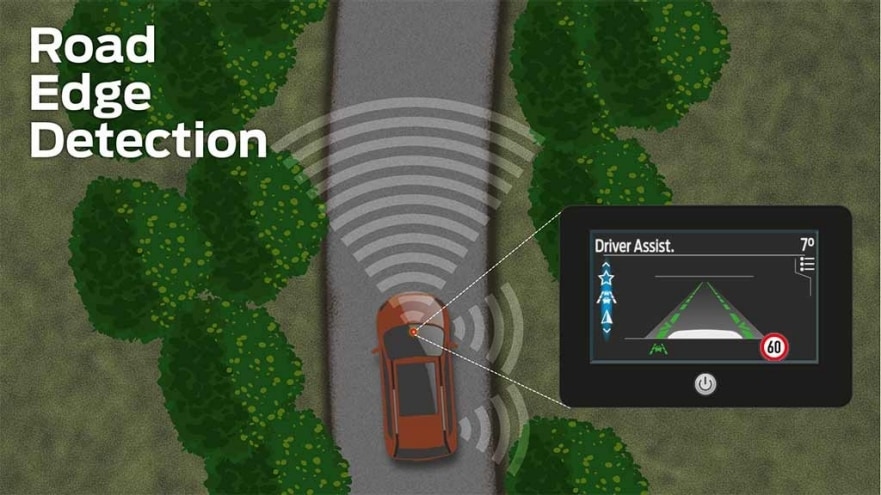 A function that prevents road departure from country roads?

Ford Europe unveils a new off-road prevention feature that works even on rural roads that aren’t drawn at the edge of the road. One of the advanced safety features recently installed in automobiles is a lane departure prevention device. If the vehicle seems to be out of the lane while driving, it warns the driver with sounds and lamps, or in a more advanced system, the steering wheel is automatically controlled to return the vehicle to the lane. In this way, the driver can prevent accidents in advance in which the vehicle leaves the lane and touches the guardrail or collides with an oncoming vehicle while driving sideways.

However, what is installed in many vehicles is a structure in which a camera detects a line drawn at the center or edge of a road and recognizes lanes based on it. It simply does not work on a road that is not paved and has no lines. In addition, it may not work even on roads where lines are not visible or disappeared due to snow or fallen leaves.

However, according to an EU survey, 54% of accidents on European roads in 2018 occurred on rural roads that were not marked in urban areas and highways. For this reason, Ford has developed a new technology that recognizes the boundaries of road pavements and outer dirt or grassy areas.

This system, called Road Edge Detection, uses a camera mounted under the rear-view mirror of a car to scan 50m in front of the vehicle and 7m to the side, and detects the shoulder of the road with its own algorithm. When the car gets too close to this part, it first vibrates the steering wheel to call attention to the driver. If you are still in danger of getting off the road, you can naturally control the steering wheel to prevent you from getting off the course.

This system is effective in situations where the line is not visible due to rain, snow, or fallen leaves, as mentioned in the road where white lines are drawn at the edge of the road. Even at night, if there is a headlight light, it actually functions like daytime.

The feature will first be installed on Ford models sold in Europe and plans to expand adoption as part of the driving assistance feature in the future. Related information can be found here .