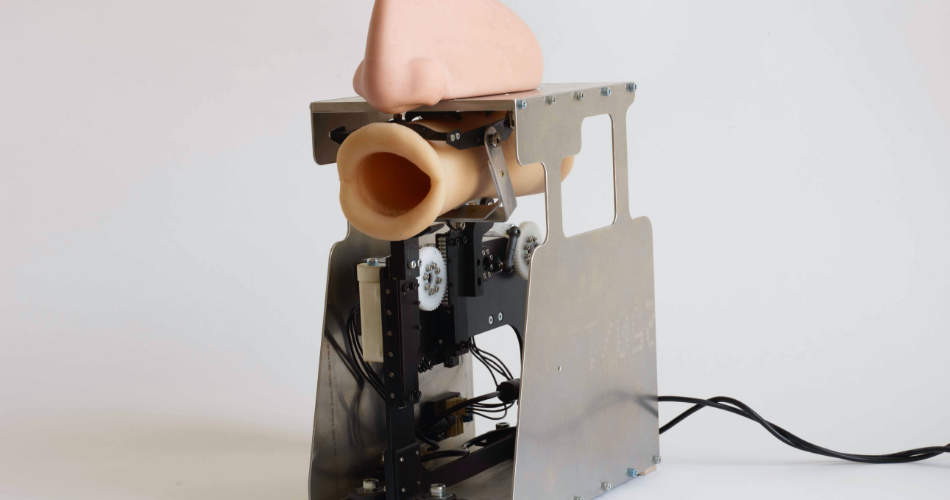 AI algorithmic robot that speaks prayer and sermons around the world

The Prayer is an AI robot that speaks and sings prayers and sermons around the world. It is an art project that learns ancient scriptures and the Bible through deep learning, and prays and sings through its own algorithm with an artificial nose and mouth.

Created in cooperation with the MIT Computer Science and Artificial Intelligence Research Institute, the words dedicated to the god created by mankind are made into prayers through their own rules. This is an experiment that mimics the behavior of humans trying to communicate with God. The creation of prayer as a story or word is Amazon Polly, a general-purpose artificial intelligence AGI that aims at realizing human-level intelligence provided by OpenAI, which studies and adjusts global prayer, and then converts sentences into realistic voices through deep learning. ) Is used to synchronize with the movement of the mouth. The producers say that the adjustments are incorrect punctuation when text is converted, or speed, volume, pronunciation, and intonation when reading.

What AI has learned is the Christian New Testament, the Hindu scriptures, the ancient Indian scriptures, the Islamic Koran, the 13 Confucian classics and Taoism, Buddhism, the Jewish scriptures, the Talmud, the Book of Mormon, the Mayan culture and Guatemalan mythology, and other books used for prayer. Also, the system sometimes makes unexpected and funny things. The neural network mimics the neuronal structure of the human brain, but such a black box may make humans more human. In other words, it may become more human if AI learns the fuzzy part of human beings.

This work is said to be exhibited at the Pompidou Center in Paris. Related information can be found here .