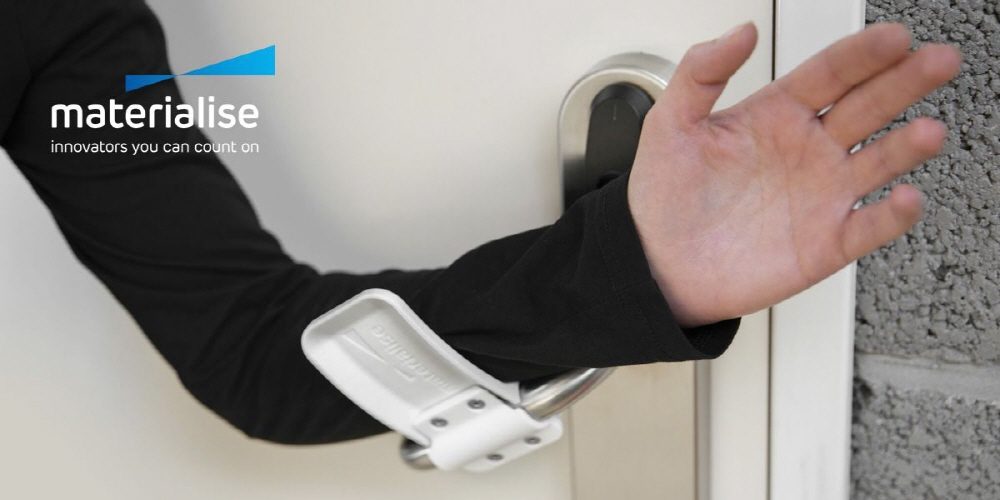 Not touching the handle… Free release of hands-free switchgear data

Corona 19 is said to be spread by contact infection by touching objects on the skin and body fluids of an infected person. Materialize, a Belgian company, has released a hands-free opening and closing device that opens the door without touching the handle, which is a representative infection route among contact infections, as data for 3D printers.

This opening and closing device allows the arm to bend over the opening, not the palm, allowing the door to be opened with the handle inward. If you touch the handle, it is important not to touch the handle because the virus enters the body when eating or rubbing your eyes or nose.

Since the opening and closing device printed by the 3D printer is simple plastic, it is used by connecting a rubber band to the part in contact with the handle. Push it with the handle so that it fits into the two parts so that it doesn’t go away, you can fix it with M4 size screws and nuts. This switchgear has released data for 3D printers for free. It allowed the freedom to share and change all kinds of data, but removing the imprint of the mission of materialize is not allowed. ABS resin is the best material, but PLA resin is also said to be okay.

Materialize also sells printed switchgear online. The company said that the handle is the most contaminated object in homes, hospitals, and nursing homes, and that as the company’s goal is to build a healthier world, the hands-free switchgear 3D printer data will be released to people around the world for free. Related information can be found here .