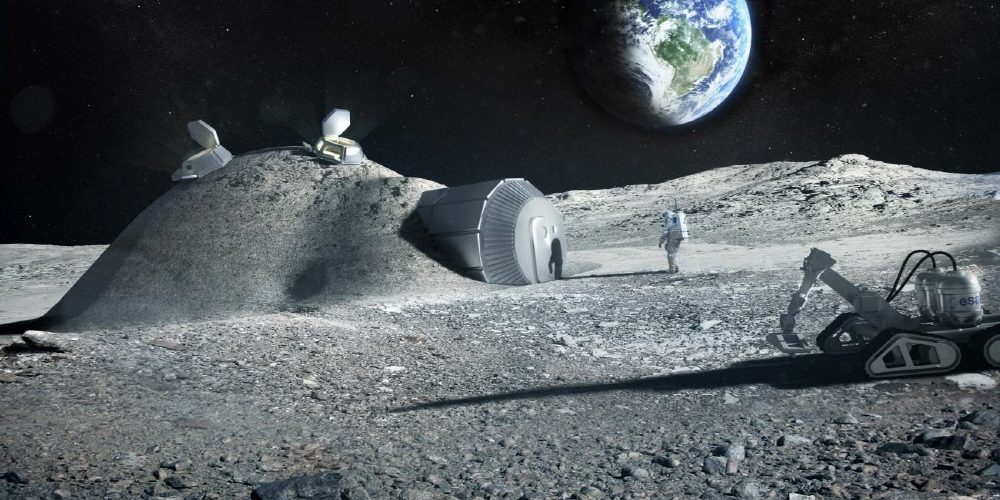 Urine is used for construction of a base and 3D printing materials?

The lunar manned flight plan being promoted by countries around the world is also affected by Corona 19, but the research team is working on developing technology for the construction of the lunar base.

For example, a method of using sand existing in a large amount on the moon’s surface by hardening it like concrete is being studied as a practical method. However, a large amount of water is required to make concrete, and a plasticizer component that makes the concrete easier to mold is also required. Currently, an international research team is working on a breakthrough method for concrete construction using 3D printer robots on the moon. Concrete is made from a large amount of water with cement aggregate. The research team is thinking of a method of extracting and using an element that has the characteristic of cutting hydrogen bonds with a plasticizer that improves the formability of concrete.

In the study, an experiment was conducted in which several ingredients were added as plasticizers to a material assumed to be sand and printed with a 3D printer. When this material was pushed out of a thick nozzle modeled on a 3D printer, it had an attractive color and shape, but it was confirmed that it can be treated as concrete that can withstand moderate strength and temperature changes in the moon.

Of course, mixing urine with the sand on the moon is not enough to complete the material. For practical use, a method of extracting urea from urine must also be prepared, but this experiment was not considered so far. The research team is emphasizing the necessity of testing using different ingredients to find the optimal material for the construction of a dagger base that can be mass-produced with 3D printers. Related information can be found here .