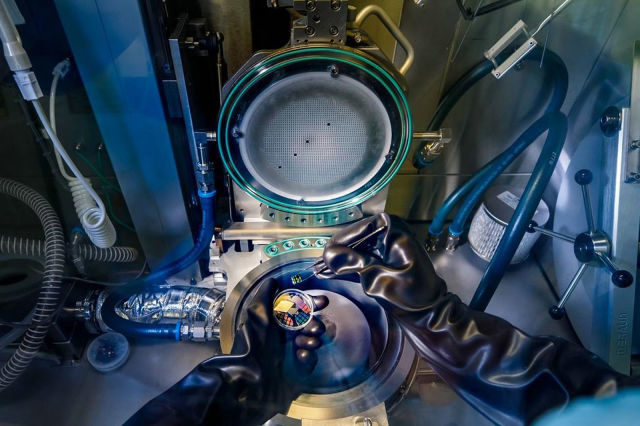 A research team at the Eindhoven Institute of Technology in the Netherlands announced that it has succeeded in developing a silicon alloy that emits light.

Unlike gallium nitride and the like being put into practical use as an LED material in the same semiconductor, it is quite difficult to develop a technology for emitting silicon. However, if this is realized, data can be transmitted by electron flow until now, and instead of transmission by photons, the circuit can expect less heat and less energy consumption and faster transmission.

The research team explains that the communication speed between chips can be increased by 1,000 times. In an electronic circuit, heat is generated by resistance when electrons pass through a conductor. However, it is said that photons do not receive resistance and have no mass, so that heat loss does not occur with the material passing through, and speed is possible compared to electric communication. However, it has been difficult to make silicon light-emitting, which has remained a long research subject.

The research team has already revealed that it can achieve optical properties comparable to indium phosphide or gallium arsenide used in semiconductor lasers. He explained that silicon-based laser light sources could be realized within this year. The next step is investigating how to integrate it into current microelectronics using hexagonal silicon-germanium cubic crystals. If the light emitting silicon-based technology reaches the stage of practical use, it is expected to help increase the performance of optical communication, computing, and solar energy related devices. Related information can be found here .