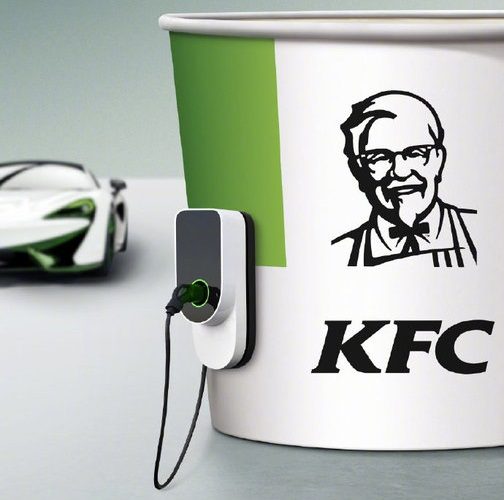 Technical (?) publicity announced by McDonald’s and KFC in China

On April 15th, McDonald’s of China launched a teaser ad saying that it will release 5G smart products. Here, a device with the M logo, voice guidance, wide-angle lenses, and features such as face recognition were announced, making it look like it would be releasing electronic devices like a smartphone. Of course, in the online presentation that more than 1 million people watched, it was not a smart device but a crispy fried chicken.

But why did they say 5G? In China, chicken is pronounced as Ji, and G and 5 are said to mean the five elements that are crispy, juicy, soft, savory, and big. It was a kind of pun. Anyway, at the presentation, Phyllis CEO Jang revealed that it took about a year and a half to develop Mac Crispy Chicken. Should I say that it has gone through the product development period?

Meanwhile, KFC, one of its competitors, also launched a teaser advertisement to announce products related to renewable energy related to electric vehicles. A device like a charging station is attached to the KFC box, and an electric sports car is visible in the back. KFC said that it was the first time to cross the boundaries, and this attempt puts an expression of exploring the power of nature and technology and creating a new energy source.

What was actually released was the Golden Chicken Nugget Beta, which transcended the world of nature and meat and food. It is a vegetable protein product that tastes like chicken, so it uses artificial meat. He added that it will make limited pre-sale at three stores located in Shanghai, Guangzhou and Shenzhen. Renewable energy replaces the use of artificial meat derived from vegetable origin. In the case of KFC in the U.S., Beyond Meat’s vegetable fried chicken may be the same product as it was released in some of the southern U.S. markets.

Of course, India’s KFC has also released something like Gamers Box 2.0, a game controller for lunchboxes. Related information can be found here.