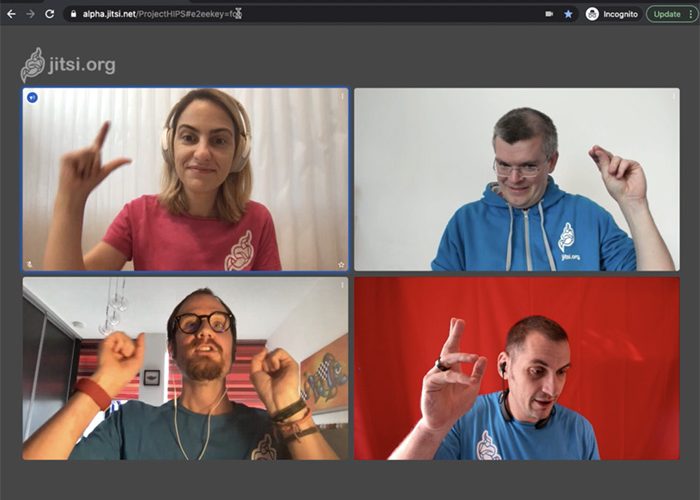 Communication SFU that assumes a large number of people, such as video conferencing, uses WebRTC to mediate a server, and Jishmit implements SFU as Jitsi Videobridge (JVB). Communication in the network is encrypted, but relay communication must be decrypted in JVB. There is a risk of intercepting communications that allow access to JVB, and according to SFU, it was a WebRTC encryption problem.

End-to-end encryption E2EE solves this problem. WebRTC’s E2EE can be implemented simply by adding an encryption function to an existing application program. It is a Chromium engine that enables data sent and received from WebRTC to be processed in a browser. Insertable Streams, a function under development, can be activated and used, and JVB encrypted communication can be passed as it is. Jizzi said that end-to-end encryption is in progress to protect Jishmit communication, and that it can be expected. Related information can be found here .