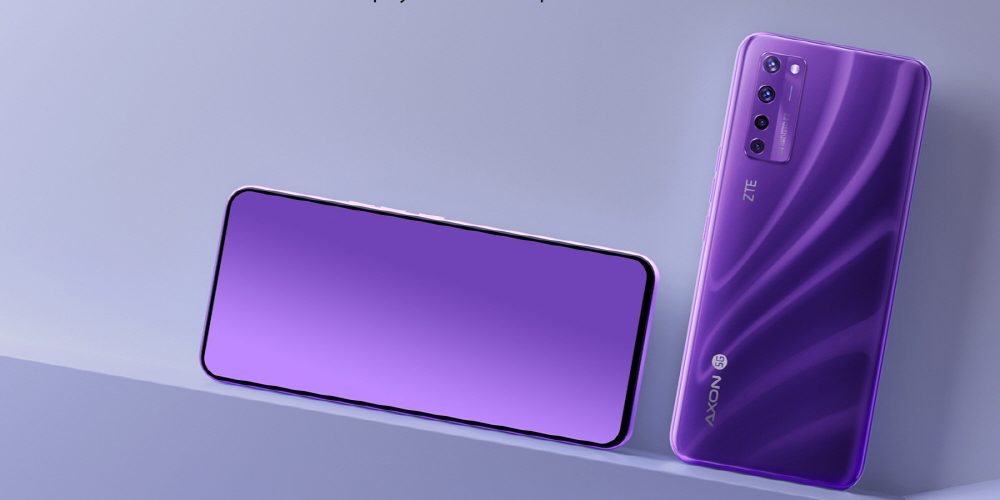 ZTE’s Axon 20 5G is the world’s first smartphone with a built-in front camera display. The camera is completely invisible on the 6.9-inch display. How did we put the camera under the display that displays text or photos and applied the technology so that it doesn’t affect taking pictures?

The display of the smartphone you use is not transparent. In other words, it is impossible to take pictures with the camera even if the camera is built under the display. ZTE developed a transparent display in collaboration with a display manufacturer. For this, it is said that five technologies were developed.

First, the transparency of the material. The smartphone display has electrodes on top and bottom. The general structure of AMOLED display is protective glass, polarizing plate, glass electrode, panel electrode, and glass substrate. Even if you place the camera under this display, you cannot take a picture outside the camera.

Exxon 20 5G makes the electrodes transparent, allowing the camera to be placed under the AMOLED display. When using a camera, you can take a picture outside the camera with the display turned off.

Next is the development of our own chipset. The display part including the camera has a lower resolution than other parts of the entire screen. Therefore, it is necessary to always synchronize the display so that the display is not disturbed using the chipset. ZTE is also developing various chipsets. It is said that it has independently developed a chipset that can synchronize and control several parts from one display.

Third, circuit wiring optimization. The display contains mesh circuit wiring throughout. This wiring is not transparent. Therefore, arrangement research is conducted, such as turning the wiring of the display part arranged on the camera around, and the photographed image is not affected as much as possible.

Next is the display optimization of the camera part. The portion of the display above the camera has a gap at a pixel position that has a lower resolution than other portions. When viewing videos, etc., the position of pixels in this area is optimized so that the display of parts different from the camera part does not cause discomfort. This was adjusted in cooperation with the AMOLED display manufacturer. It is said that they actually looked at the photos and made adjustments several times to avoid discomfort.

Next is the software calibration. Even if the camera is included under the display so that there is no discomfort in the display, the display glass is placed on the camera, so the finish will be different from the normal front camera. Therefore, processing such as contrast adjustment and expression relaxation is performed through software control. Exon 20 5G takes a picture with the front camera and waits 2-3 seconds to save it because it performs software processing.

In this way, the Exon 20 5G camera built-in display is realized by combining several technologies. Under the display, a fingerprint sensor, proximity sensor, and speaker are also included.