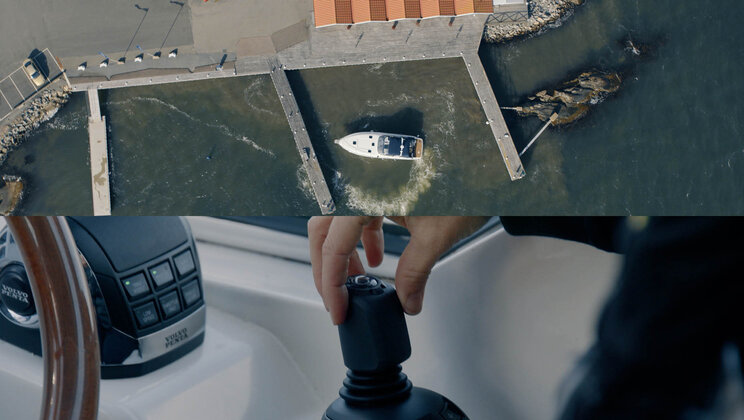 Volvo Penta, a Volvo subsidiary that develops marine engines and more, has announced the launch of an Integrated Assisted Docking system in the spring of 2021 that automates boat berthing operations during CES 2021.

Not only the car’s autonomous driving system, but also the eyepiece system uses several sensors to detect nearby obstacles and dynamically track its location in conjunction with GPS. Pilots can also use the Inboard Performance System (IPS), a Volvo Fanta joystick feature, to steer the boat. When the stick is rotated like a screw, the boat direction rotates accordingly.

Volvo Penta explains that the system is a hybrid system that combines automatic and manual docking. In a sense, it may be easier to implement full automation, but the advantage of this system is that the pilot has access to advanced control functions. He added that a professional team, from software developers to test pilots, was able to operate intuitively in all situations, and that regardless of skill, everyone could feel like a veteran captain.

The first time Volvo Penta unveiled the system was during the 2018 Volvo Ocean Race in Gothenburg, Sweden. Two prototype boats entered the narrow mooring space between racing yachts and successfully docked. In addition, this system can be applied to long-distance navigation at sea in the future, and it can be said that it can be said to be a technology that can develop into the realization of a fully autonomous navigation system in the future. The system can also be mounted in addition to an existing 35-120-foot boat. Related information can be found here .