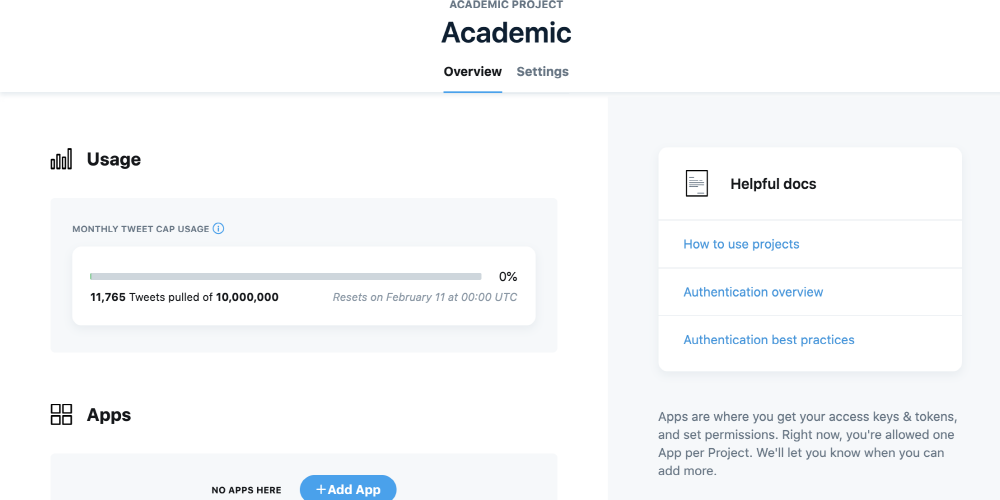 As the public posted numerous tweets through Twitter, numerous researchers turned to the tweets. For example, a research team at the University of Vermont in the U.S. released a Hedonometer, which measures the overall happiness of society by analyzing tweets, and the Twitter data is also helping to develop an algorithm that predicts the outbreak of Corona 19 infection.

To respond to these demands for academic research, Twitter has announced that it will include an Academic Research Product Track in its API that allows researchers to access the entire conversation history on Twitter. Twitter API v2, released by Twitter in August 2020, has a paid premium version and an enterprise version in addition to the free standard version. Researchers had to use paid APIs to access a lot of tweet data.

With the introduction of the Academic Research Product Track, researchers accredited by Twitter will be able to use the full archive search to access all tweets. In addition, the upper limit of tweets that can be acquired is also increased to 10 million per month, which is 20 times the existing standard version.

Conditions for access to the Academic Research Product Track on Twitter include master’s students or PhD candidates, PhDs, professors, or anyone engaged in research at an academic institution or university. In addition, the method of using, analyzing, and sharing Twitter data with clear research purpose should be specifically planned and used for non-profit purposes.

Twitter says the Academic Research Product Track is the starting point, and plans to introduce features that respond to more detailed needs in the coming months. In addition, the Academic Research Product Track targets are public accounts, and they cannot access account tweets that have been frozen forever like President Donald Trump. Related information can be found here .