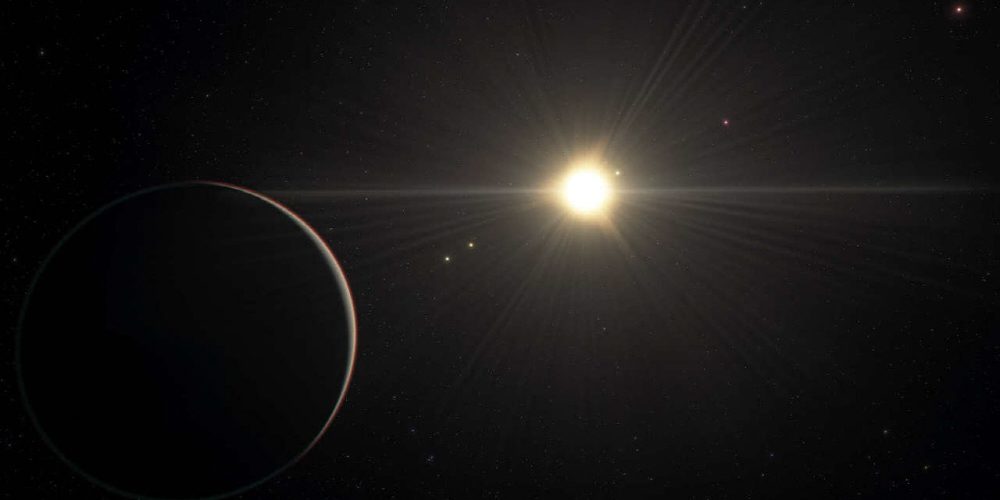 There is an interesting planetary system about 200 light-years from Earth. It is a place where 6 planets are identified, and 5 of them are moving regularly. Moreover, a closer look at this planet reveals that the planetary density alignment is very different from the normal planetary system.

In the visualized image of the planet’s orbit, the planet in question revolves around the star TOI-178. According to a paper published in the astronomical journal Astronomy & Astrophysics, their orbital period is only 18:9:6:4:3. In other words, every time the innermost star orbits TOI-178 18 times, the next star rotates 9 times and the next 6 times.

The cycle is consistent even when viewed without sound, but you can clearly see it by listening to the sound together. In this video, there is a planet with one pattern of different motions further inside a planet with a coincident period. However, this planet may have been orbiting another planet in the past.

When the research team at the University of Geneva, who submitted the paper, first observed TOI-178, etc., they thought that the two planets might orbit around the main star in the same orbit, but were not sure. The research team conducted additional observations through the European Space Agency’s ESA CHEOPS satellite and the European Southern Observatory’s mega telescope. According to the observations from these various facilities, the team was able to discover six extraterrestrial planets and understand their orbital conditions.

The six planets orbiting TOI-178 take 2 days to orbit near all major stars and 20 days to the farthest. All are out of the habitable realm of life. In addition, five of the six planets fully resonate, and the structure of 18:9:6:4:3 is one of the longest resonant relationships ever discovered.

In this way, orbital resonance with a simple integer ratio of orbital period occurs when orbiting celestial bodies called Laplace resonances affect each other’s gravity. In our solar system, Jupiter moons Io, Europa, and Ganymede have a 4:2:1 relationship.

What’s interesting about the TOI-178 is that it suggests that this orbital resonance stabilization has been around for a long time. The team believes that the understanding of planet formation is that the resonant chain occurs in the early stages of planetary system formation, mainly when stars are still encased in a gas disk. However, over the billions of years in formation, many things happen and most of them deviate from the state of resonance. This can happen slowly, for example due to the gravitational tidal effect, and in severe form by instability or planetary impact emission. Systems with more than four interplanetary resonance chains are rare and still considered young.

What makes TOI-178 unique is not only in its orbit, but also in the materials that make up the Earth. The TOI-178 planet is one to three times the size of the Earth, but the mass is 1.5 to 30 times that of the Earth, which is quite different. Nevertheless, the tracks are almost completely equipped, but the contents are different. For example, the planet is a super-earth, but the next planet is a low density ice giant like Neptune, which is very different from the solar system.

According to the research team, planetary density in theory mainly decreases as you move away from the star. But TOI-178 doesn’t. In TOI-178, the 3rd star density is the lowest and the 4th and 5th are denser. Maybe the 3rd star may have been outward at first, but we need to examine the possibility that it has gradually moved inward. There may be even more unknown planets in TOI-178. ESO is building a next-generation mega telescope, so new discoveries may be made through it. Related information can be found here .