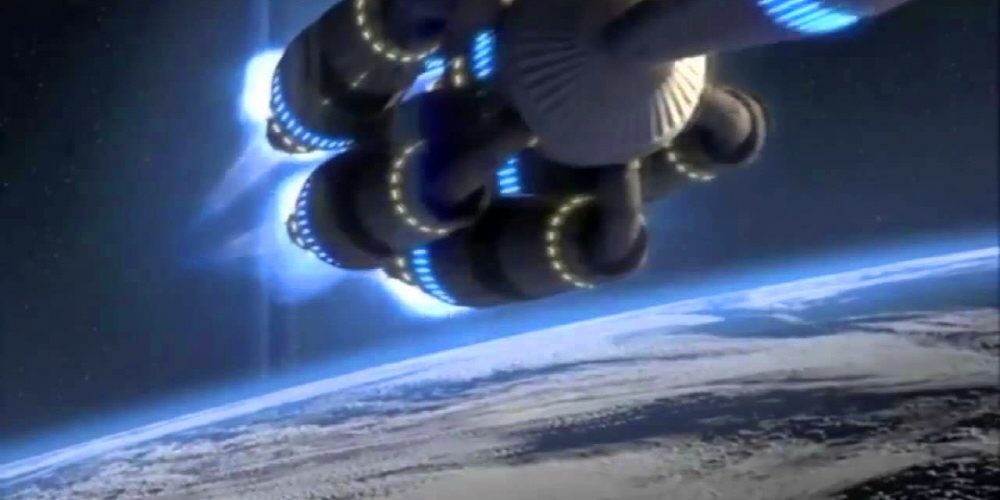 The idea of an engine that runs at 99% light speed

NASA engineer David Burns uses a special theory of relativity to devise a helical engine that can theoretically accelerate to 99% of light.

The structure of the helical engine itself is simple. As for the structure, let’s say there is an object that can move back and forth in a box on the floor. Also, I don’t think of friction in this space. This object is moved forward using a spring installed in the box. This way the box moves backwards by the law of action and reaction. When the object collides with the front part of the box, the moving object moves backward. Objects that move backward collide with the back of the box this time.

The devised helical engine adopts the conclusion of the special theory of relativity that an object becomes a mass as it approaches the speed of light. It is a structure that increases the mass by accelerating ions colliding in front of the engine by applying a strong magnetic field using ions as an object moving back and forth, while reducing the mass by reducing the mass when ions collide in the rear of the engine. According to the inventor, it is possible to realize up to 99% of the speed of light by running the helical engine for a long time.

Of course, the helical engine can have various problems with its concept. It is estimated that to get 1N thrust, you need a huge engine with 165NW power, 200m length and 12m diameter, and a frictionless space.

One expert said that if the ions are accelerated by an electric field, the engine will not run because the electric field acts on a force that is forced back by the ions. The inventor admits that there are problems with realization, but explains that it is difficult to invent an idea that is practical, but even if an idea that cannot be realized, it is worth revealing. Related information can be found here .