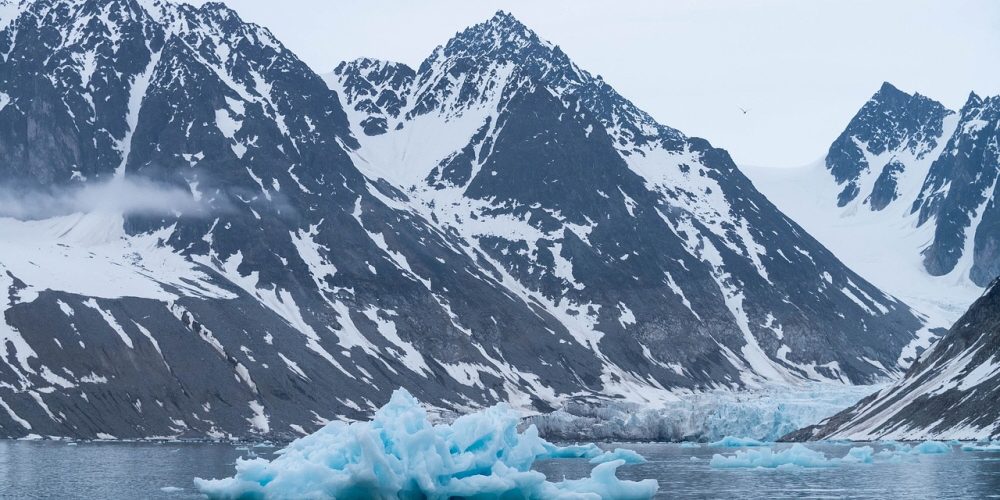 Humanity’s environmental impact may be greater than the Ice Age

Earth was born 4.57 billion years ago. The recent ice age on Earth began 2.5 million years ago and ended 17,000 years ago. It is in North America that is undergoing rapid change by the end of the state where most of the planet is covered with ice. Forests and grasslands spread throughout, and a new era has arrived.

And over the past 250 years, the Anthropocene, in which humans have had a major impact on the planet’s ecosystem, has brought about a climate crisis and has passed more than 10 years. How much change did it actually make? A study published in August by the American Ecological Society Meteorological Annual Meeting suggests that human land use over the past 250 years has changed the landscape of North America compared to the glacier retreat 12,000 years ago.

Research has looked at fossil records for hundreds of years to quantify these ecological changes. By examining changes in the pollen fossil record in the sediment record, it was possible to confirm that there were vegetation at all locations and times in North America. We found traces such as a change from a meadow to a forest and a change from a tree forest to an oak forest.

Currently, it is not known specifically what human behavior has brought about such rapid changes. In previous studies, it was found that agriculture, environmental pollution, logging, fishing, and fossil fuel use were the factors. The resulting climate change has also made this change.

The findings suggest that the North American ecosystem has changed over the last Ice Age, regardless of the activity that is the main cause of the change. The degree of this change varies by region. The biggest changes were in the midwest, southwest, and southeast of the United States. Meanwhile, in areas such as northern Canada, Alaska, and the Pacific Northwest, it is said to have been relatively stable due to the cold and low fertility.

It is not clear in this study why the sudden change occurred, but experts believe it was due to logging and agriculture. Numerous logs were cut, followed by large-scale agriculture. I said it was the last 250 years, but the Anthropocene is not over. In the future, 7.7 billion people around the world will continue to live and depend on global environmental resources. What will happen if we continue to choose to use fossil fuels to burn vegetation, as it has been until now.

Research indicates that the global environment, where we do not change significantly, will face more rapid changes. This may lead to the loss of rainforests, coral reefs and wetlands. One expert said that although humanity is dependent on drinking and agricultural water, it is a huge problem if radical changes to these systems occur.

The same goes for changes in vegetation and marine ecosystems. For example, if we lose one of the unexplored Amazon rainforests and the Great Barrier Reef, people will lose food and the earth will lose important carbon sinks. We don’t yet know what other ecosystems can replenish or what it means, but there is a lot to be lost. Related information can be found here .