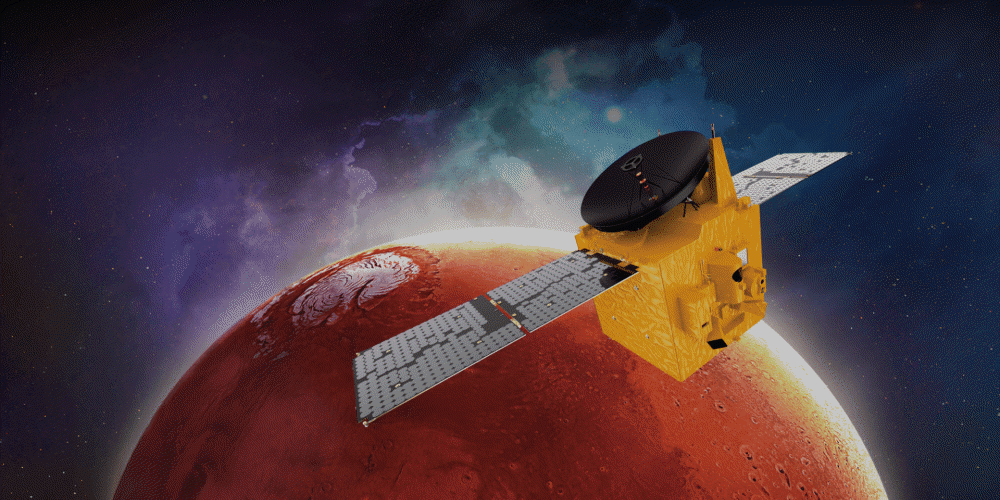 The probe, Hope, launched by the UAE in July 2020, has safely reached Mars orbit. The UAE is thus named the fifth country to send a rover to Mars after the United States, Russia, the EU and India.

Hope’s mission is to orbit Mars to investigate the atmosphere, climate change and yellow dust outbreaks, and the mechanism by which hydrogen and oxygen escape from the atmosphere into space. Entering Mars orbit is a fully automated task. It sails at 120,000 km/h until it reaches Mars, and all six Delta-V rockets in the vicinity make a 27-minute reverse injection and decelerate to 17,700 km/h to form the capture orbit Went into

The UAE said that space exploration is the future of the UAE and emphasized that it is trying to put science and innovation at the center of the economic structure to break away from dependence on fossil fuels. As part of this, in addition to the Mars mission, it plans to send a lander to the moon by 2024.

Meanwhile, Mars is currently headed by Tenwon No. 1 in China and Perseverance through the Mars 2020 mission in the United States. Related information can be found here .