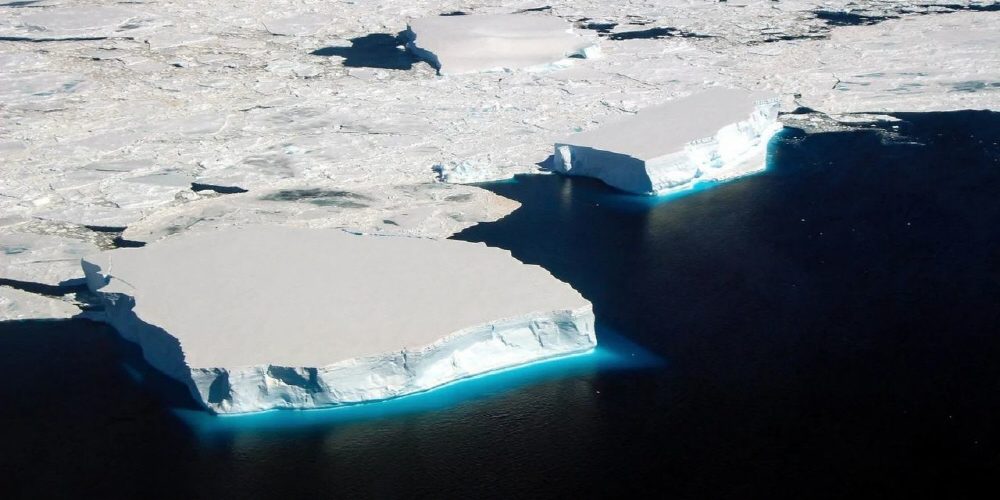 Antarctic and Arctic ice is being attacked by rising sea levels and water temperatures. Climate change from human activities can cause anomalies in many places, while natural variability can cause confusion. A typical example of chaos is the decrease in Antarctic sea ice area to abnormal levels in 2016-2017. Among them, it was worse near the Antarctic Peninsula. The abnormal weather that occurred in Antarctic spring and summer caused a lake-like seawater surrounded by ice in the middle of sea ice to form a hole the size of the Netherlands.

In addition, a new study published in Geophysical Research Letters reveals that warm winds are covering the sea ice. The results of this study show that ice decreases as temperature rises and the affected ecosystems are further destroyed. Sea ice in the Arctic Ocean is rapidly decreasing due to global warming. In contrast, Antarctic sea ice extends from the continent and shows more dynamic movement. In 2016, it saw a record decrease, and sea ice area reached a record high in the previous few years.

From 2015 to 2016, Antarctica lost 1.2 million ㎢ of sea ice, twice the area of France. In this paper, data collected from satellites or autonomous navigation-type bufos were used to clarify the cause of the loosening of sea ice. Survey results show that the first damage caused by sea ice was the strongest storm in the past that struck the Weddell Sea in September 2015. It is said that the sea ice melted after this relatively warm gust.

The average temperature in November in this region, where the heat has not gone away, was 3 degrees higher than normal. In the middle of the sea ice in this period, after 40 years, a lake-like shape with seawater was formed, and the seawater with its face absorbed more solar heat and the sea ice melted more. Another storm hit in December of the following year reached the southernmost of the storms in the Weddell Sea so far, leading to a record sea ice reduction.

Research on the Antarctic Ocean is actively underway, and it is expected that ocean ice will decrease over the next several decades as the impact of climate change is usually strong. Experts said that the sea ice area in Antarctica fluctuates so much that it is difficult to find an anthropogenic signal. In the future, he said, it is not known whether sea ice will increase to the level of 2014 or will lead to a long-term decline as expected due to rising greenhouse gas concentrations.

The increase or decrease in Antarctic sea ice over the past five years is likely to be a natural fluctuation. However, some point out that there is evidence that ozone holes are affecting storm tracks and winds. It is also said that the region is likely to lose a third of sea ice during this century due to climate change. The findings reveal the risk of natural and man-made fluctuations teaming up to melt sea ice. Antarctic sea ice can affect the patterns of ocean circulation and the reproductive sphere of all organisms, from seals, penguins and krill. Related information can be found here .