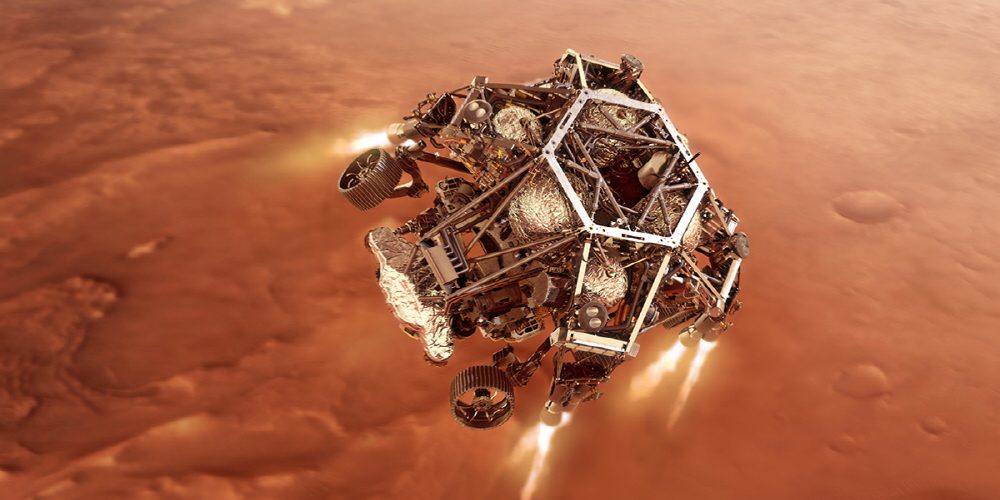 Mars landing facility, what features do you have?

The Mars rover Perseverance, launched by NASA in July 2020, arrives on Mars on February 18, 2021 (Eastern Time). What is the difference between the personalities and the existing probes?

Perseverance is a Mars exploration rover launched in July 2020 with the Mars helicopter Ingenuity as part of Mars 2020, NASA’s Mars exploration mission. A check of the NASA website (Eyes on the Solar System), which displays real-time exploration of the solar system’s major celestial bodies and space, the rocket has reached a distance of 430,000 kilometers from Mars. If you explain the perspective of entering Mars in front of you, there are seven points.

The first is the purpose and function of the preference. NASA said that the ultimate goal of the exploration rover is to investigate specific points in detail and find traces of life that existed in the past. It is planned to be able to come to Earth and store it through It is also testing the technology necessary for future exploration of Mars.

Perseverance includes the Mastcam-Z, a camera capable of panoramic and stereoscopic photography, SuperCam, which has remote sensing equipment such as a laser spectrometer that evaporates rocks, and SHERLOC, a sensor group specialized in organic molecule discovery ), Pixel (PIXL), a measuring tool equipped with a microscope, RIMFAX (RIMFAX), which can detect water and ice 10m underground with a radar, It is equipped with MEDA, MOXIE, which conducts technology tests to generate oxygen from carbon dioxide, and Sample Caching System, which can be used to prepare for Mars investigation and future missions. Is to promote.

The second is the difference between the perspective and the existing Mars rover. NASA has been working on the Mars rover from the start of the Mars mission in 2012 to the present.

Curiosity and Perseverance are similar in their overall design and adoption of a nuclear battery using radioactive isotopes as a power source, but there are significant differences in function and durability. It is about the same size as Curiosity, but it weighs nearly 100kg. Most of this weight difference comes from the weight difference of a robotic arm equipped with Sherlock, Pixel, and drilling drills. In addition, Perseverance is equipped with 23 cameras, five more than Curiosity, and is equipped with a microphone to capture the sound of Mars for the first time as a Mars rover.

It is also overcoming the wheel wear problem that occurred in Curiosity. Curiosity is equipped with aluminum wheels, but there are unexpected holes in the wheels that wear out faster than expected. On the other hand, it is said that the wheels are 1mm thicker than the Curiosity wheels, and through this, the performance is maintained while increasing the resistance to abrasion. In addition, it has been reinforced in terms of software, and it is possible to find a route by itself and move more efficiently than Curiosity through higher autonomy than Curiosity.

Third is the destination of the personals. The place where the Perservance lands is in the Jeolla crater. Jejero means lake in Slavic, but it is said to have the same topography as a lake and a delta. For this reason, it is presumed that there was liquid water for a long period of time in Jeungro, and it is considered that if a life trace is found on Mars, Jeungro is the best.

Fourth is the method of landing the personals. As the descent device, including the Persistence, gets closer to the surface of Mars, the parachute unfolds and slows down. Since then, the landing stage sprays a propellant to slow down the power drop, and then the facility is suspended from a rope and lands on the ground.

Next is the Mars helicopter, Injenouity. After landing successfully, the Perservance will be equipped with an Insernouity covered with a heat shield on the floor, and will carry out five flights for 30 days. The main purpose of Ingenuity is to test flight on Mars, which is unlikely to be used for scientific research, but is expected to achieve various engineering feat, such as achieving autonomous flight for the first time in Mars’ atmosphere.

Next is the moment of landing for the facility. NASA will broadcast a live broadcast of the facility landing. It starts at 14:15 on February 18th (East US time).

Seventh is when landing is successful and when it fails. Since Earth and Mars are far apart, it is not possible to determine in real time whether or not a landing has been successful. Perseverance sends a signal to the NASA Jet Propulsion Research Center at each landing stage, so you can see if the landing is going well.

The most likely sign of something not going well is when the signal is not being sent. However, little such negative information is transmitted. Anyway, even if something goes wrong, there can be a delay of minutes, hours, or days before we can see it.

If the Perseverance lands on Mars safely, the Perseverance will send you a picture of Mars. However, it will take a few minutes to hours for the image to arrive from Mars to Earth. Also, as soon as it lands, the camera will take a photo urgently, but the camera is likely equipped with a protective cover. The high-resolution photos sent by Curiosity were taken after the Rover Mast was deployed, and it takes a little time for the Perseverance to send similar photos.

Since Perservance has its own official Twitter account, if you are curious about the latest information, you can also refer to it. Related information can be found here .