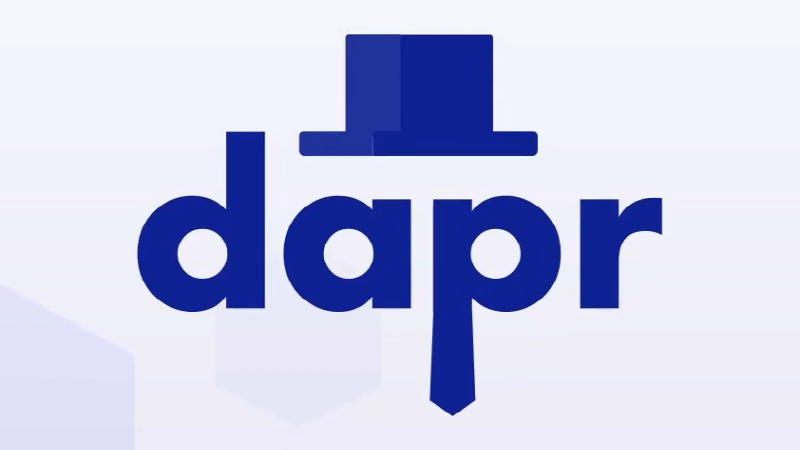 Microsoft’s open source software Dapr (Distributed Application Runtime) has reached version 1.0. Dapr is a runtime that supports microservice development, and was released for production after a year and a half from October 2019 when the alpha version was released.

The Dapr function is not an integrated framework, but is provided as a building block for each communication type. For example, if you only want to use state management functions, you can meet the requirements by simply introducing one block without introducing all Dapr functions. Applications are structured to access Dapr using HTTP or gRPC using SDKs provided for languages such as Java, Python, Go, JavaScript, and Rust. Dapr is not intended to be used in Kubernetes, but when used in Kubernetes, the Dapr container is inserted into the pot as a sidecar.

As a system that manages communication between microservice applications, there is a service network represented by Istio. Service mesh and Dapr have common parts such as distributed service tracing function and recognition output function, but their premise is very different. Service mesh aims to manage the entire microservice network, while Dapr aims to support the development of portable microservices that do not depend on the execution environment.

This Dapr reached version 1.0 on February 17, 2021, a year and a half after the release of the alpha version in October 2019. Version 1.0 is positioning itself as production ready, from development to production. The number of contributors to the Dapr GitHub repository has grown steadily in the alpha release, reaching 700 in February 2021. Dapr is also involved in the development of Alibaba Cloud, HashiCorp, and Carl Zeiss. Dapr’s SDK for PHP, for example, was developed by an engineer with an enemy at Automatic. Also, Carl Zeiss is said to have already introduced Dapr into its system.

Dapr said it was a testament to the efforts within the community for being able to reach version 1.0. In the future, it is also considering providing new building blocks that read or write cloud settings while enhancing existing building blocks. Related information can be found here .