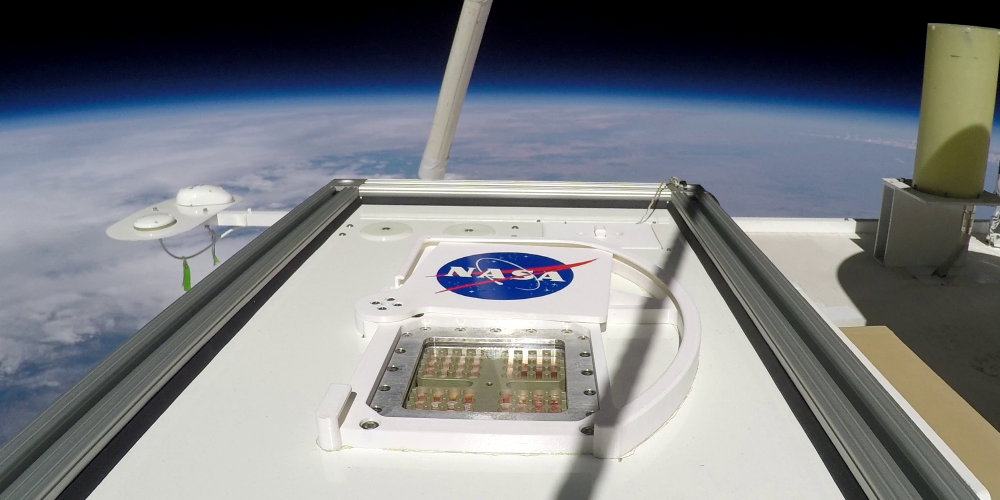 Microorganisms on Earth that survived a Mars-like environment

Mars has an atmosphere. However, 95% of this is carbon dioxide, 3% is nitrogen, and 1.6% is argon. Also, the atmospheric pressure is only about 6/1,000 of that of the Earth. If we are exposed to these environments while alive, we lose consciousness and suffocate. However, if it is a creature, microorganism, or fungus that does not require much oxygen like humans, it is not without possibility.

MARSBOx, a 2019 joint experiment conducted by NASA and the German Aerospace Center DLR, flew to the height of the stratosphere by carrying several fungi and microbes in a box suspended in a hot air balloon. If bacteria or microbes that do not die in an environment close to Mars exist, there may be a possibility that fungi taken from Earth during a Mars manned mission that will someday be realized will multiply on Mars and contaminate the environment.

Most of the microbes died in a six-and-a-half hour experiment in a stratospheric environment, according to a Marsbox study published in the online journal Frontiers in Microbiology. However, it has been confirmed that black mold spores survive the simulation of the Mars environment, which is exposed to air pressure, temperature, and ultraviolet rays 1,000 times more than Earth, and resume activity after returning from the ground.

A study published in 2016 in Analytical and Bioanalytical Chemistry suggests that prolonged human presence in buildings contaminated with black mold may cause skin rashes, headaches, dizziness, and chronic fatigue. On Earth, if you go to a hospital and treat it, it will be restored immediately, but this is difficult to treat like a hospital if it is a spacecraft headed for Mars manned exploration or a Mars base.

Of course, aside from black mold, it’s not necessarily a bad thing to have microbes that live to some extent even in a Martian environment. The research team told the Marsbox experiment that long-term manned exploration on Mars needs to know how to survive in the Mars environment because microorganisms can pose health risks. He stressed that it may help to self-sufficiency in food and supplies outside of the Earth, and that it is very important in places far from the Earth.

In addition, as a living creature that survived exposure to the extraterrestrial environment for a certain period of time, there is an orbital test conducted by ESA in 2007, which returned alive after being exposed to outer space for 10 days. However, compared to this, the results of this study are experiments conducted without coming out of the stratosphere, and nothing has actually been confirmed on Mars beyond 225 million kilometers. Related information can be found here.