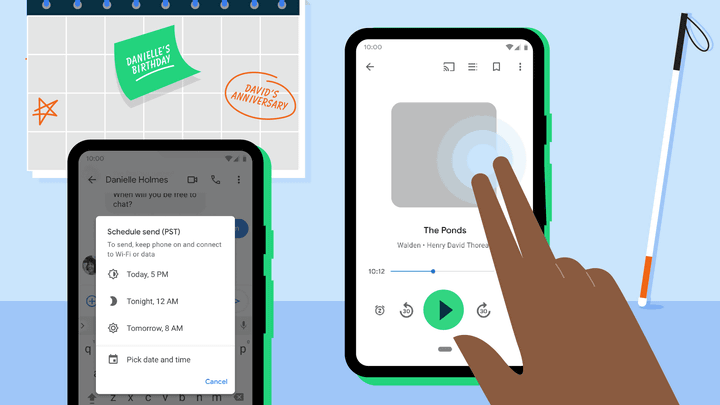 The second is a reservation function that is sent by message. A new feature is scheduled to send messages on the date and time specified in Messages, the official Android messaging app. You can set the reservation time by pressing and holding the send button on the paper plane icon after writing a message normally. This reservation transmission function can be used on Droid 7 or higher terminals.

Third, improved talkback of screen readers. The screen reader talkback, which provides voice readings to Android users with unnatural eyes, has been updated to make gestures more intuitive and the menus unified.

The sixth is Android Auto improvement. Android Auto, which optimizes terminal operation in the vehicle, has added new wallpapers and quizzes for voice games that can be enjoyed in a congested state. It also added a privacy function when you do not want to show the display to the passengers, and a function that displays more shortcuts for displayable vehicles. Related information can be found here.