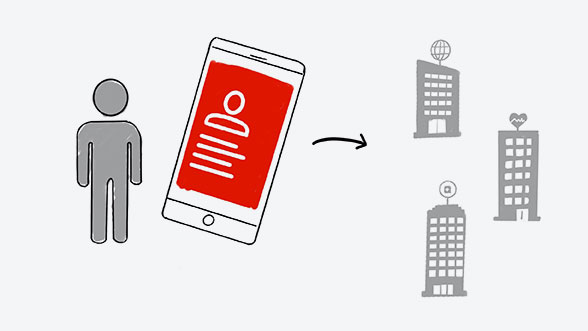 On March 7, 2021, a referendum was held in Switzerland asking for disputes against the Federal Act on Electronic Identification Services (E-ID Act), a law related to electronic identification cards that can be used in Internet services. Rejected. In the background, it is pointed out that there is anxiety among the Swiss people about the management of personal information by private companies rather than the government.

The EU, which often leads the world’s leading personal information protection laws on the Internet, has enacted a rule called eIDAS, which establishes a common basis for securely exchanging electronic transactions. With the aim of realizing the same system, the Swiss government held a referendum on the e-ID law on March 7.

As a result, the bill was rejected by the majority with 35.6% in favor and 64.4% in opposition. It is evident that the majority of the opposition is dominated everywhere in Switzerland, raising concerns about legislation across Switzerland.

The e-ID law was originally passed by the Swiss Parliament in 2018 to issue e-IDs to Swiss citizens, a unique identification document that can identify individuals. Anyone who has been issued an e-ID by application will be able to open a bank account, shop online, or request an official letter using the e-ID.

However, since the legislation stipulates that e-ID issuance and rights are enforced by private companies, not the Swiss government, the opinions of the public that the government should be held accountable were poured out. The opposition politician did not leave it to the parliamentary decision on whether or not an important system was decided, but agreed to a referendum, which is deliberated through a referendum.

It is pointed out that the background of the Swiss people’s opposition to the operation of e-IDs by private companies is that there are concerns that companies may invade their privacy. An official from a private organization conducting a consciousness survey also said that the vote was conducted in favor of the opposition because distrust in private companies was dominant.

In addition, the news site (SWI swissinfo.ch) operated by the Swiss Broadcasting Association said the opposition argued that the state should not only have the authority to supervise or license, but also take full responsibility. It is explained that the reason for this claim is that they can abandon them.

In Switzerland, in 2010, the SwissSign Group, a venture company, aimed to introduce SwissID, a system similar to e-ID, but it ended in failure. Through the rejection of the e-ID bill, the move aimed at unifying digital ID cards is expected to further stagnate. In addition, in the referendum on March 7, in addition to the e-ID bill, a vote on the law banning burka worn by female Muslims and the law on economic cooperation agreements with Indonesia was held, and both were passed with a slight margin of 51.1% in favor. Related information can be found here.