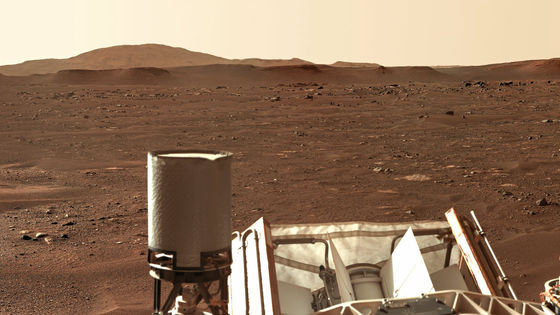 The NASA Perseverance, which landed safely on Mars on February 18, 2021, is a probe that investigates traces of life on Mars. Perseverance will soon generate oxygen from Mars’ atmosphere by applying technology that utilizes locally-collected resources as well as resources from Earth.

Since the gravity applied to an object is proportional to the mass of the object, it is desirable that the probe light be as light as possible. In accordance with this idea, NASA is promoting a technology that produces resources necessary for astronauts’ survival and space base building materials from resources available on the spot called ISRU (In-Situ Resource Utilization) to reduce the resources on board the probe.

Upon arriving on Mars on February 18, 2021, Perseverance is equipped with an ISRU called MOXIE, a demonstration test equipment that produces oxygen from Mars’ atmosphere through manned exploration on Mars. Mars’ atmosphere contains 96% of carbon dioxide and 0.13% of oxygen, and it is almost impossible to bring in all the oxygen used in long-term missions from Earth. Because local production of oxygen is essential for manned Mars exploration, it was transported to test the local production of oxygen at this time.

The MOXY mounted on Perseverance is a system that generates oxygen and carbon monoxide by electrolysis by heating the carbon dioxide recovered from Mars’ atmosphere to around 800 degrees and utilizes only oxygen. It measures 23.9×23.9×30.9cm and weighs 17.1kg. It is the level of the battery installed in a general car. Operation requires 300W power, so it can only be used for a few hours per month due to the relationship between the power generation amount and the power capacity, and the amount of oxygen generated is 10g per hour. Human survival requires 20g oxygen per hour, and the mixed fuel required to return to Earth requires 30,000 to 45,000 kg of oxygen. Size moxy is required.

The purpose of Moxi installed in this Perservation is only the production of oxygen that is released into the atmosphere of Mars even with the oxygen generated in the demonstration experiment. Moxie has confirmed that the device is working a few days after the successful landing, and is scheduled to start commissioning for the first time in April 2021. Related information can be found here.