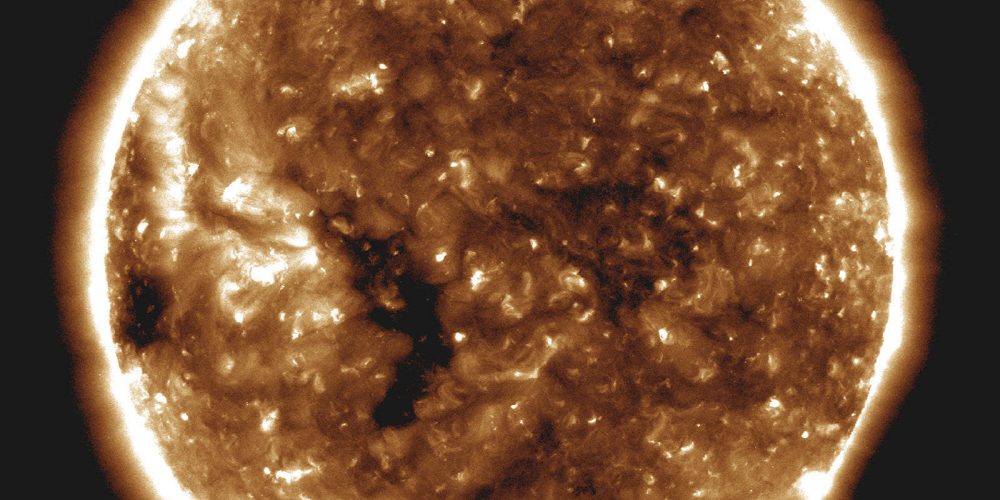 If the Earth moves away from the solar system…

Because everything living on Earth has the benefits of light and heat from the sun in the sky. Is there any possibility that a giant star approaching Earth will cause the Earth to fall away from the solar system and away from the Sun?

At first glance, the night sky seems to be quiet and nothing seems to be moving. In reality, however, stars floating in the night sky run through the galaxy at speeds of hundreds of thousands of km/h. To understand how dangerous these stars are to Earth, we first need to understand them. Gravity works even between atoms 10 million light-years away, but because it is influenced by its distance and its mass, it is hardly affected by the gravitational force it receives from distant small objects.

On the other hand, giant entities such as the sun, which make up 99.75% of the total mass of the solar system, affect all surrounding objects. For billions of years after the sun was born, the solar system has been a dangerous space with numerous asteroids swirling. However, as a result of the asteroid’s impact on a planet like Earth, silence came to the solar system.

Currently, most planets and asteroids do not deviate from predictable orbits. The predictable orbit of the solar system is divided into four areas: inside and outside the Teyang system, the asteroid belt, and the Kuiper belt. It is also believed that there is a group of celestial bodies in the shape of a ball shell called Ort Cloud outside the Kuiper Belt.

If a giant star approaches the solar system, a strong attraction is created between it and all the celestial bodies in the solar system. In fact, it is said that 70,000 years ago, a red dwarf and a brown dwarf twin, called Scholz’s star, passed through the Ort Cloud and messed up the star. It is possible that an asteroid flew toward Earth due to this effect. However, according to one theory, it is not known whether the effect occurred immediately, such as that even if an asteroid flying to Earth by Scholtz’s star exists, it will arrive 7 million years later.

In addition, the approach of a giant star like Scholtz’s star is currently ongoing. With half the mass of the Sun, the Glysee 710 is close to the solar system. Gize 710 is expected to reach Ort Cloud within 1 million years and become the brightest star on Earth. Gliz 710 passes through the Ort Cloud over hundreds of thousands of years and greatly disturbs the orbits of millions of celestial bodies. In the worst case, it is expected that there is even the possibility of a meteorite spilling over the earth.

Depending on the meteorite that pours out, living things on Earth can become extinct. However, even mass extinctions caused by meteorites may be lukewarm. It is known that Gize 710 may reach within the solar system, an area closer to the Sun than the orbit of Mars. There is a possibility that the Gize 710 will collide with the sun, but it is also possible to distort the Earth’s orbit. For example, the probability of the Earth being bounced from the solar system by the Gize 710 passing through the vicinity is 1 in 100,000. The time of occurrence is expected to be within 5 billion years, and it cannot be said that it can never happen. Therefore, if the Earth bounces off the solar system through the vicinity of Gize 710, it is possible to think about what will happen on Earth.

First, when the Gize 710 flies, a huge orange dot floating in the night sky gradually bursts. This point gets bigger and after a few months it reaches the brightness that can be seen with the naked eye, even in broad daylight. For a while, it becomes brighter than the moon, and the night sky is filled with eerie red light beyond the brightness that can be seen with the naked eye. This phenomenon continues for several months, and the orange dot becomes smaller and invisible, but a few years later, this time the sun gradually disappears. As the sun goes away, the earth becomes dark and cold, and eternal winter begins. Giant vegetation dies in the Antarctic and Arctic glaciers, and numerous animals are extinct in the forest.

By the time Earth crosses the orbit of Mars, the surface temperature reaches minus 50 degrees Celsius. The appearance of the earth has also turned white as if frozen. Global infrastructure collapses, mankind is forced to live in buildings, burning something, warming up, and rising temperatures are forever unseen. Because animals and plants are extinct, they run into food shortages.

By the time it reaches Jupiter’s orbit, the Earth’s temperature reaches -150 degrees Celsius. A temperature of -150 degrees Celsius has never been recorded on Earth since it was similar. Needless to say, no humanity can survive at this temperature. Because there is no evaporation of water by the sun, the water cycle is stopped and all surfaces are covered with ice. As sea ice thickens and continues to lose water, sea salt concentrations rise and almost all aquatic life becomes extinct. The only thing that can survive is the extreme environmental microbes near the hydrothermal eruption that the hot spring water erupts with geothermal heat. Of course, in much deeper ground, bacteria are alive by inner nuclear heat.

When the Earth reaches the Kuiper Belt, the Sun still maintains its position as the brightest star on Earth, and its brightness is no different from other stars. At that time, you can see the stars twinkling even in the daytime. Around this time, the temperature reaches -230 degrees Celsius, where all gases freeze.

A strange phenomenon occurs on the surface that humans to be observed are long-extinct, and the atmosphere is filled with nitrogen and then oxygen snow comes on. After several years of this phenomenon, there is little atmosphere covered with ice 10m thick above the ground. Earth, far from the solar system, becomes a wandering planet and moves solitarily through outer space.

This scenario may sound hopeless, but there is hope. The Gize710 approach can be observed thousands of years before reaching Earth. If Gizee 710 cannot be stopped, there may be a possibility of surviving in a huge building using geothermal power and nuclear power. You may choose to migrate to another planet before Earth leaves the solar system. Thousands of years after migration, the age of the Earth among the descendants of mankind may remain a legend of the past.