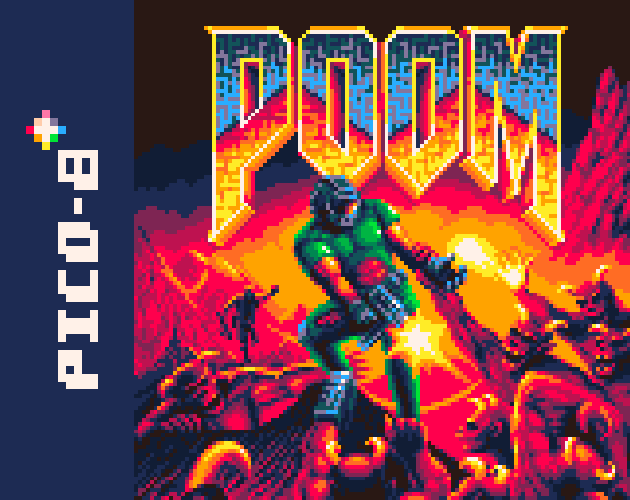 The classic classic FPS game released in 1993 was POOM, a clone game that dared to change DOOM to the 1980s style. Poom is made with PICO-8, a game engine that imitates a game console of the 1980s, and can be enjoyed with 16 colors 128×128 pixel graphics.

PICO-8 is a game engine and emulator that aims to create and enjoy old visual games. In addition to the visual limitation of 16 colors and 128 × 128 pixels, which assumed a virtual game machine that appeared in the 1980s, the maximum sound level is almost the same as that of a family computer. It is characterized by the establishment of a limit for simultaneous playback of 4 channels soon.

On the menu screen, you can move the cursor up and down with the arrow keys on the keyboard to determine with the X key and cancel with the C key. Just tap New Game and select an episode. Related information can be found here.