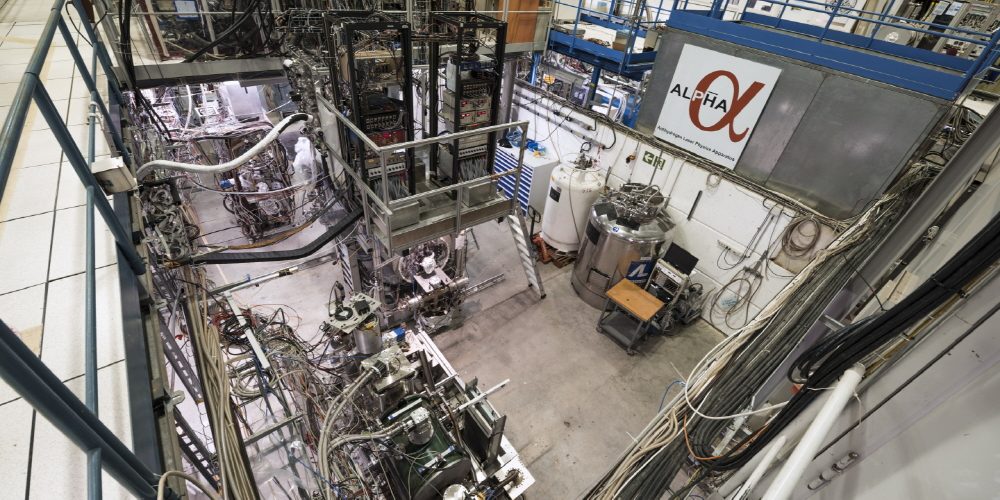 Antimatter, which is being studied for the purpose of elucidating the mystery of the establishment of the universe, has been considered difficult to accurately observe because it moves too fast. However, the CERN research group of the new European Institute of Particle Physics announced that it has succeeded in capturing and slowing down hemihydrogen atoms by more than 10 times using laser cooling. It is believed that this device will allow the difference between matter and antimatter to be known more accurately.

According to the laws of physics, the world is known to have anti-particles paired with particles. Anti-particles have characteristics such as elementary particles, mass, and spin, but they are considered to be difficult to identify because they are associated with the particles and disappear as soon as they are born.

According to a paper published in Nature on March 31, 2021 (local time), it has developed a device capable of observing antimatter by cooling antimatter atoms to absolute zero.

Antimatter occurs on Earth as a phenomenon such as radioactive decay. Antimatter has a problem that it is difficult to catch because it has great energy and moves at a very high speed. Technically, it is possible to catch and measure antimatter, but due to its fast movement, an error will occur if you try to carefully and carefully observe it.

Therefore, the development of a device that slows down antimatter has been made. A laser cooling device that slows atomic motion using photons 40 years ago was already developed, but it is said to have applied this technology to this equipment as well.

The CERN research group Alpha (ALPHA) conducted experiments using hemihydrogen atoms. Hemihydrogen atoms usually operate at 90m/sec, but they show atomic-cooled deceleration by irradiating an appropriate wavelength laser. It is said that this investigation was repeated and ultimately succeeded in slowing the anti-atomic by 10 times or more.

The research team explained that this is like shooting a ball at an atom. Because the ball is so small, the deceleration due to collision is reduced, but it is repeated several times and finally, a large deceleration occurs. According to the paper, cooling slowed anti-hydrogen makes measurements much more accurate than ever. This device will be a milestone in development, explaining that delicate differences between matter and antimatter may be revealed in the future. Related information can be found here.