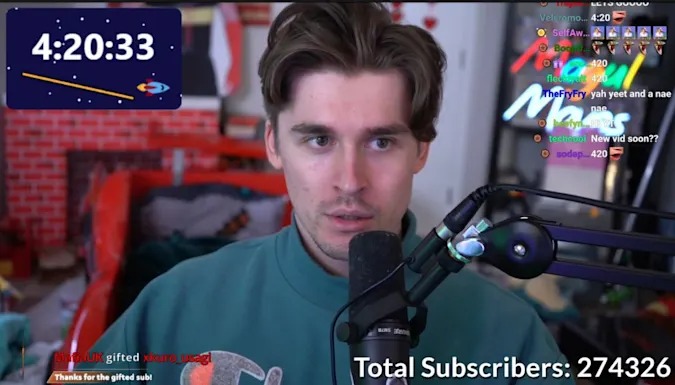 In live broadcasting, a new word called Subathon (Subathon.Subscribe + Makathon compound word) is popular these days. It recruits subscribers during live broadcasting and continues to extend the broadcast time schedule whenever the number of people increases. Agren extended the time by 10 seconds for each additional player.

In achieving Agren’s record, Blevins, who was once elected by Microsoft and worked at the now-disappeared mixer, returned to Twitch, sent a message. According to reports, Agren was initially expected to end the broadcast on the 1st or 2nd, but it took a month of time in the end. Related information can be found here.