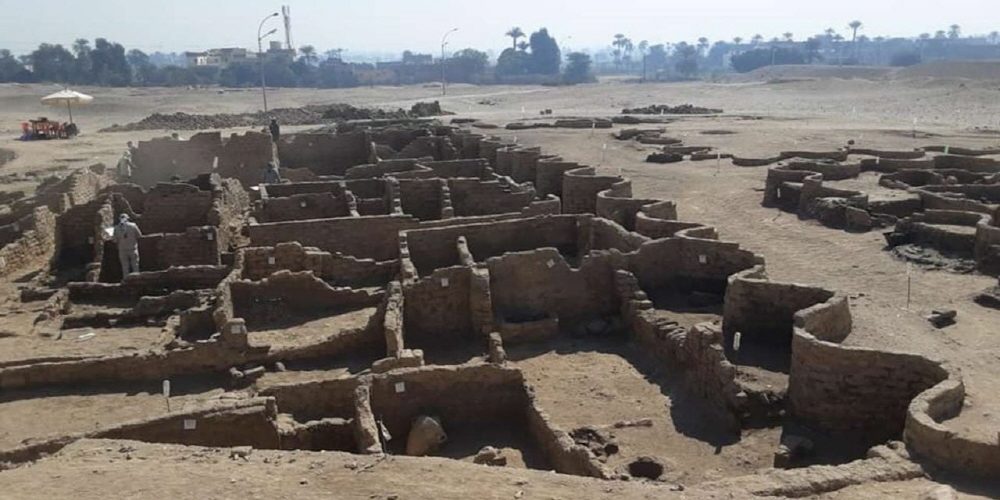 A lost ancient Egyptian city was excavated in a ruins near Luxor, Egypt. It is said to be the best archaeological find since 1922.

This ancient city, dating back 3,400 years, was buried in the sand near Luxor in southern Egypt called The Rise of Aten and the Valley of the Kings. The excavation team was originally looking for something else, but unexpectedly, the whole ancient city came out.

The history of this ancient city dates back to the time of Amenhotep III, the ninth generation pharaoh of the 18th dynasty of ancient Egypt. Amenhotep III was a king who maintained his reign for nearly 40 years from about 1391 BC to about 1353 BC. This period is also the golden age when Egypt reached its climax in international political and cultural terms.

It was an administrative and industrial center along the west bank of Luxor. One expert said that the area is part of a large dynasty city, and that the size of the newly discovered city is comparable to that of Amarna, which has many known ruins.

Aten’s sunrise excavation began in 2020, but within a few weeks of its inception, mud bricks were discovered. As the excavation proceeded further, the excavation team began to realize the size of the city. Although buried for thousands of years, the rooms and walls of the crafts are in good condition and almost completely remain. Some walls are up to 3m high. This project is already 7 months old, but there is still a lot of work left to do.

Rings, talismans, colored pottery, and clay bricks containing the records of Amenhotep III were found here. In the southern part of the city, they also found places to process and cook bread and food. In the second area, only a part of the investigation has been conducted, but it is said that there is a larger organized living space and it appears to have been an administrative or residential area. The area is closed by walls lined with zigzag patterns. In the third area, molds that appear to be used for the manufacture of delicate ornaments such as amulets were also found. It is evidence that there was an active activity in the city enough to make the decoration of temples and tombs.

The excavation team also found the remains of the burial, but it is said that rope debris was attached to the knee with both arms extended to the side of the body. In addition, a place where animals that appear to be water buffaloes were buried indoors was also found, but all of them are in need of further investigation.

It was the sunrise of Aten that developed in this way, but it was eventually abandoned and moved 400km north to Amarna, which is the biggest mystery. Related information can be found here.