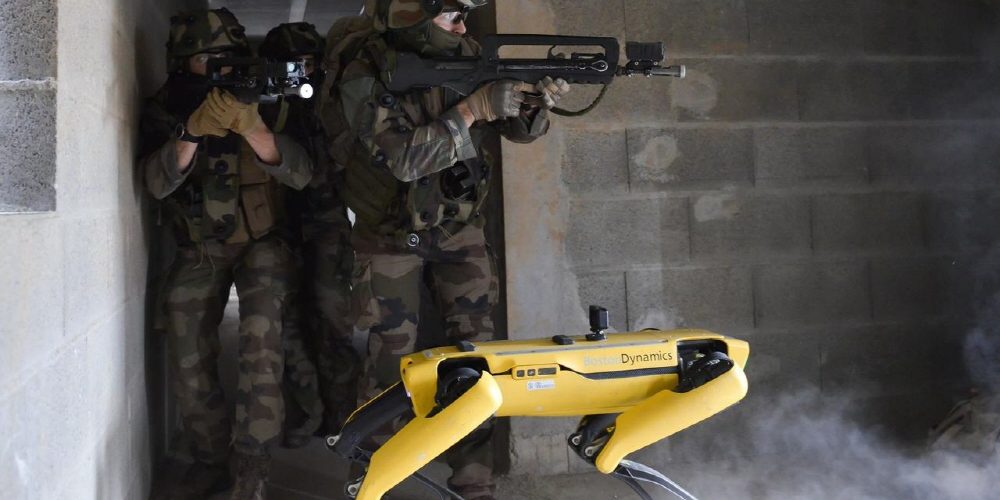 It has been found that the French military is introducing the spot, a four-legged walking robot made by Boston Dynamics. In fact, it is said that the test was conducted in the open reconnaissance training during the technology experience to confirm compatibility with human soldiers.

Reportedly, the French ground forces also provided support, such as collecting information using the spot. In addition to Spot, ULTRO, a robot made by French company Nexter, carried luggage, and Barakuda, a wheeled drone made by Shark Robotics, struck and transported a protective shield under storm.

This exercise was a test conducted as part of the French Army Academy project. The test said that four trainees used a robot in three scenarios: attack strategy at an intersection, defensive action at night, and urban battles. In one of the three scenarios, Spot says the battery hasn’t gone all the way.

In the future, the demand for robots is expected to increase gradually as the use of robots increases. When it was acquired by Google in 2013, Boston Robotics, the maker of Spot, wasn’t disclosed, but there were rumors that it received military support over the years. Unitree Robotics, a Chinese company, is also developing a four-legged walking robot and preparing to enter the robot business.

It is said that this is the first time that Spot has been used for military training. It has not been armed yet, but it may not be possible to avoid arming robots in the future. Related information can be found here.