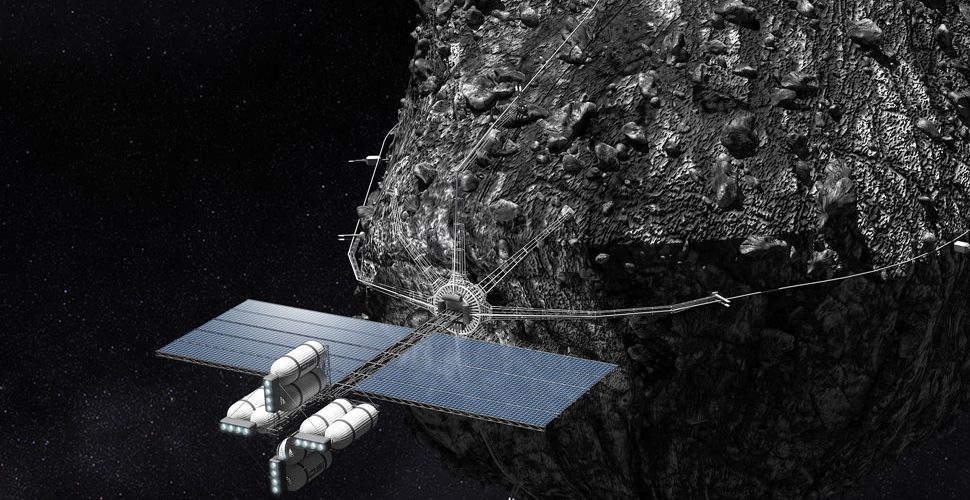 Asteroid mining replaces conventional mining and extracts rare metals from asteroids. Over the past decades, PCs and smartphones have become the most influential beings for humanity. Rare metals such as neodymium and tantalum are used in such PCs and smartphones. However, mines that produce rare metals not only cause air pollution and Shelville pollution, destroy landscapes, but also emit dangerous chemicals such as sulfuric acid and harm biodiversity and workers.

There is also a problem that it is treated as a material for political transactions through restrictions on the export of resources such as rare metals. The solution to the mining problem on Earth is asteroid mining, which is used to mine asteroids that exist in space. The size of an asteroid is at least 1m, but there are also giants like Vesta, which boasts an area that Switzerland can fit comfortably.

Most of the asteroids consist of asteroid belts such as the main belt, kipper belt, and Jupiter Troy belt, and other asteroids are circling. The resources inherent in this asteroid are attracting attention along with the development of space development. This is because even relatively small asteroids sometimes contain expensive metals such as platinum.

Psyche, orbiting between Mars and Jupiter, is rich in metals that the world’s industries have been hoping for for years, such as iron, nickel, gold, and platinum, and it is attracting attention that the price of metal in Psyche will reach thousands of trillions of dollars.

However, even if the asteroid is rich in expensive metals, it cannot replace mining on Earth if it requires enormous mining costs. Asteroid mining moves asteroids, including mineral resources useful to humans, to near the Earth, scattering them and obtaining resources. However, a number of technical challenges remain with this method.

One of the challenges is the cost of moving out of space. The fuel cost of flying a 1kg object in low orbit alone is thousands of dollars, the cost of going to space is expensive, and the cost of travel needs to be lower to realize asteroid mining.

What is promising as a way to lower the cost of space travel is electric propulsion, which uses electrical energy to replace rocket engines that use chemical fuel. Electric propulsion technology has already been put into practice. While it may not have the power to reach space with residue propulsion, it has the ability to reach space and travel long distances with low-cost fuel, which can solve one of the asteroid mining challenges.

Since the project to collect resource samples from asteroids is already underway, it is possible to confirm an asteroid that is close to the Earth, which is convenient for humans, contains a wealth of useful mineral resources, and satisfies the conditions of appropriate size.

The first thing a space mining ship approaching a target asteroid should do is stop the rotation of the asteroid. If the asteroid is rotating, it may affect transport, so it is necessary to evaporate some of the laser to give it mechanical energy or to stop it by fixing it to a rocket.

After reaching the Earth’s vicinity, they start working to scatter the asteroids. Mining in outer space is completely different from earth mining by overheating rocks with sunlight collected by huge mirrors, and turning the rock parts into gravel and soil with a grinder. The metal resources extracted from the rock part are transferred to the earth by using a reusable rocket or by a 3D printer mounted on a space mine ship by encapsulating the metal resources and dropping them directly onto the earth.

Mining asteroids can be said to be the first step in the colonization of the solar system. Asteroid mining technology, which will expand human infrastructure and accumulate experience, may become possible as technological innovation progresses, producing rocket fuel at factories built on asteroids and sending mined metal Sauners to Earth. Once asteroid mining can be carried out, technological innovation is underway because it can obtain a large amount of valuable mineral resources on the planet. Therefore, the asteroid mining is expected to continue a virtuous cycle where the second cost falls and the third cost falls more than the first.

If the cost of mining asteroids continues to drop in this way, there is a possibility that mining on Earth will cease completely. In the future, it may become an anachronistic existence that is not normally seen like mining on Earth.