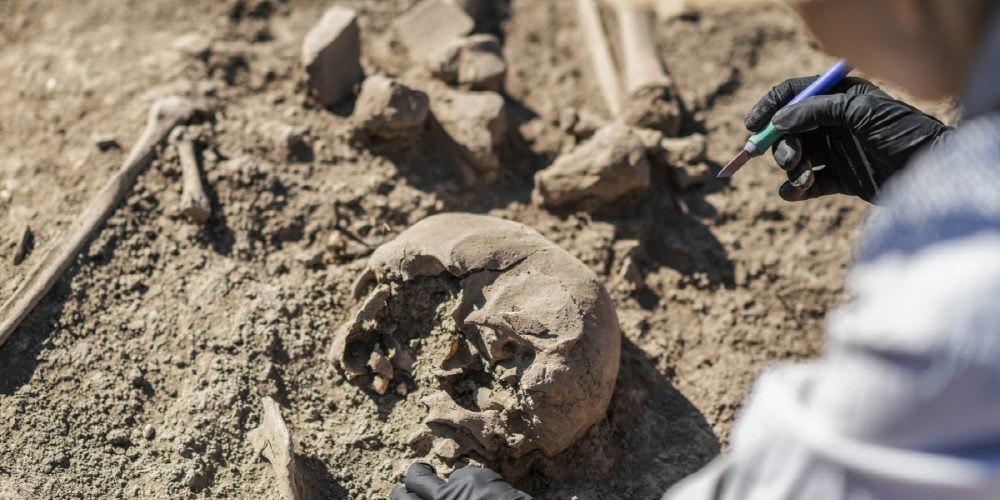 Although humans vary from culture to culture, they have taken social actions that give meaning to death and treat the dead with respect. This treatment of human death was the same in the distant past, and the oldest tomb in human history, built 78 million years ago, was discovered by an archaeologist.

In 2013, while an archaeological team was investigating a cave near the coast of Kenya, they found a bone under the ground that had been weakened by deterioration. Archaeologists have examined nearby teeth and estimated the body to be a child between two and a half to three years old. This child was named Mtoto, which means child in Swahili, and started examining the bones.

However, the bones were weak enough to break when touched, so they continued excavation and investigation while applying resin to the bones for four years. Still, he said he couldn’t completely pull out the bones. The research team wrapped the bones in plaster and sent them to the laboratory for X-ray examination.

As a result of the examination, it was found that the bones found were 78,000 years ago, as the skull lying on the right side with the knees on the chest was placed on a pillow type. Also, it is speculated that the body was tightly wrapped in cloth because the bones were not scattered in the ground.

In addition, some stone tools have been found around, and archaeologists believe that this tasting is likely to have somehow held a funeral in their society.

Other ancient human tombs have been found in Israel that appear to be 90,000 to 130,000 years old, but this discovery is the oldest of the African tombs. The team said that despite the fact that Africa is the birthplace of humanity, tombs are rarely found in Africa, which certainly means that there is relatively little archaeological research in Africa.

In addition, unlike chimpanzees, humans have developed a complex belief system to understand death and have meaning in death. He says that although the time between us is vast, we can feel the same sadness as humans at that time when we look at the grave. Related information can be found here.