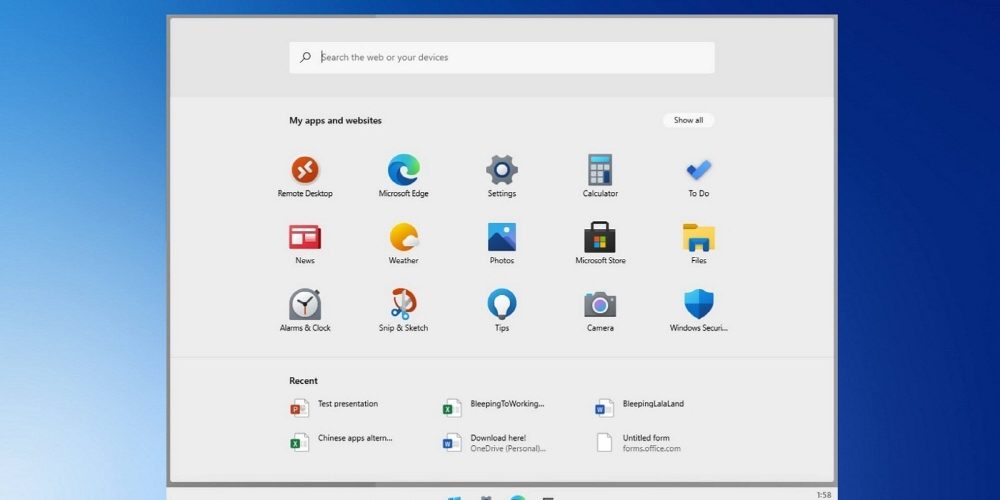 Microsoft announced Windows 10X at the Surface Presentation Event in the fall of 2019. Initially, the concept was described as a light and modern version of Windows optimized for dual screens, but it was also assumed as a competitor to Chrome OS.

However, after that, the development of Windows 10X was delayed, the dual screen support disappeared, and the release date was reportedly delayed. Eventually, there were reports that Microsoft would stop developing Windows 10X.

However, the features that have been developed for Windows 10X so far are not wasted. It is expected to be integrated into the general version of Windows 10. These features include user interfaces and application containers. Microsoft hasn’t announced anything about this, but the reason for discontinuing development is that while testing Windows 10X, many people liked the feature itself, but preferred to use it in an operating system such as regular Windows.

In 2020, despite the shortage of semiconductors in the PC industry, the number of PC shipments reached the highest in the past 10 years due to strong demand such as remote work, and Microsoft announced in the financial statements that more than 1.3 billion Windows systems have been distributed worldwide. In this situation, rather than releasing a simplified version of Windows 10X, increasing sales of general Windows 10 can be a better result in terms of profitability. Related information can be found here.