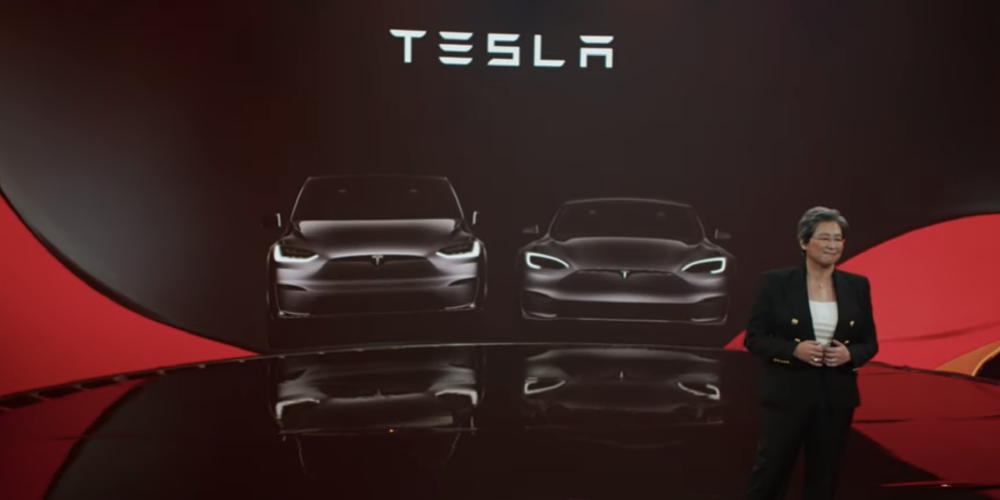 Tesla’s updated Model S and Model X include modifications that break the stereotypes of general sales vehicles, such as replacement work that uses the steering wheel and lever as if handling an airplane’s cockpit.

The infotainment system with a huge touch screen, which is also characteristic of Tesla vehicles, can greatly improve the performance of the new model. Speaking of 10 TFLOPS, it is almost equivalent to the GPU installed on the PlayStation 5 or Xbox Series X. For this reason, there have been rumors that Tesla has put GPU features like the latest game consoles into cars.

At the Computex 2021 keynote held at the end of May, AMD CEO Lisa Su spoke about the new Model S and X, acknowledging that these products are equipped with AMD APUs, or CPUs with integrated Radeon graphics capabilities. It seems that this GPU adopts RDNA2 as speculated.

However, for the purpose of an automotive infotainment system, the GPU performance is not always used, but only when high-load processing is required. You can think about the degree of playing games in the car, but it can also be used when using the newly installed rear seat display in addition to the 17-inch giant touch screen.