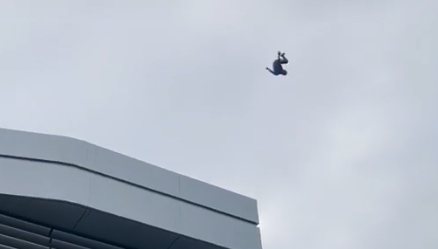 The Avengers Campus, the first Marvel Cinematic Universe theme park, will open at Disney California Adventure in Anaheim, California, USA. At the Avengers campus, which opened on June 4, Spider-Man welcomes visitors. However, it draws attention by reproducing the stunt robot that moves in the air using spider thread, which can be said to be the pronoun of Spider-Man.

Of course, it wasn’t the person who showed such a gorgeous aerial swing. It is a stunt robot, Stuntronics, based on the Stickman robot announced in 2018 by Disney Research, a division of Disney robot development. Stunttronics is a stunt robot that can swing and fly like Spider-Man while suspended from a rope. Related information can be found here.