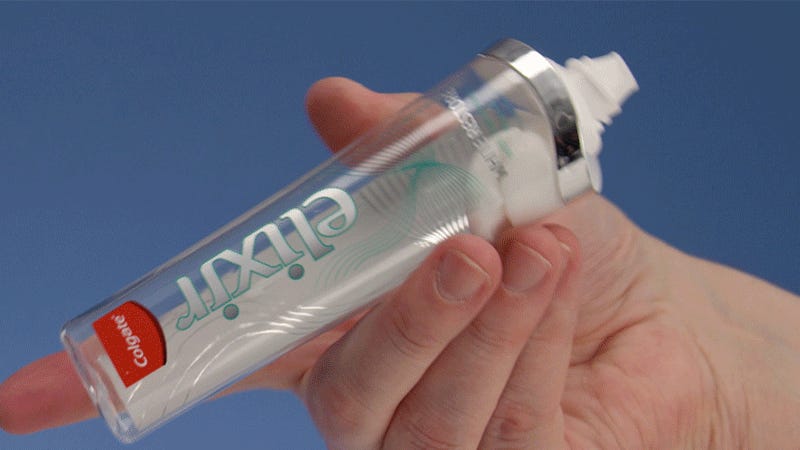 Until the last drop… Liquidglide toothpaste is out

The MIT research team developed LiquiGlide, a coating material that makes it easier to take out the contents of a ketchup container in 2012. Nine years later, a toothpaste with Liquid Glide in the package has been released in the UK. This eliminates the need to press down on the tube to squeeze out the toothpaste all the way.

Liquidglide, a startup independent of MIT’s Varanasi Research Group, raised $13.5 million to commercialize the technology. In addition, it announced a partnership with Colgate, and Colgate launched a toothpaste in a container coated with Liquidglide.

That’s why LiquidGlide’s developers, Prof. Kripa Varanasi and Prof. Dave Smith, have developed a better way to get ketchup out of the bottle. Coating a liquid container creates a thin, slippery layer with irregularities on the inner surface of the container. It slides easily because it forms a coated layer rather than an uneven surface inside the container that the contents such as ketchup come into contact with.

In addition, Liquid Glide has the advantage that it can be manufactured from ingredients that are safe to eat, and there are cases in which it is manufactured from raw materials used in food stored in containers.

The first Colgate product to use LiquidGlide in a package is the Colgate Elixir series in a recyclable transparent container. This product not only solves consumer inconvenience, but also reduces production demand by simplifying the recycling process, which leads to waste reduction and can be positive for the environment. This series will be sold in Europe first, and then expand globally. The price is 11.99 pounds. Related information can be found here.