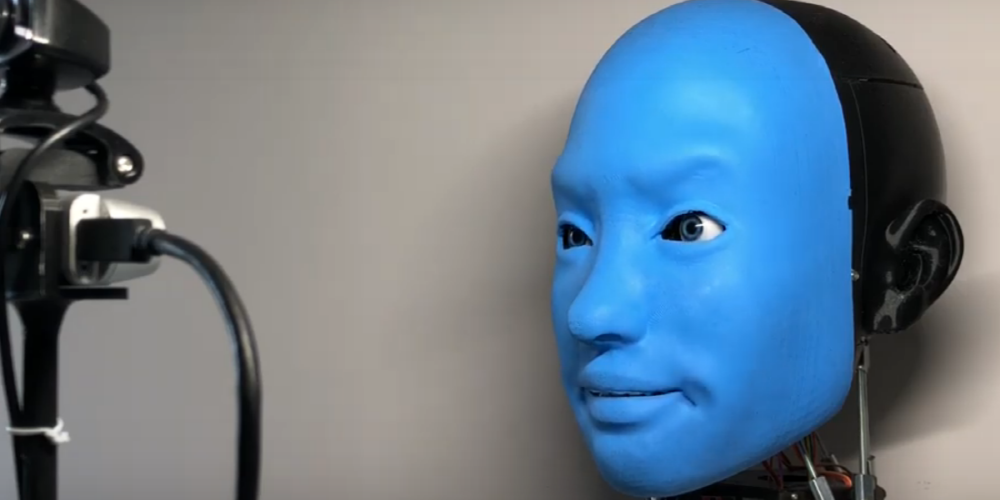 The robot developed by a research team at Columbia University in New York has only a head and has a blue face like a blue man, but the expression may make even a blue man colorless. The robot has a built-in motor in its head and can selectively pull all parts of the face to move facial muscles, reproducing expressions such as anger, disgust, fear, joy, sadness, and surprise.

Of course, human expressions contain various nuances even in subtle differences, so it is still technically difficult to reproduce them perfectly. However, when robots are used as welfare devices, these technologies are expected to further advance the way humans and machines interact. It would be more fun to have the same AI robot than to have no expression at all. At least it could be better than a cloud-based voice AI assistant or against a speaker like a big vase. Related information can be found here.