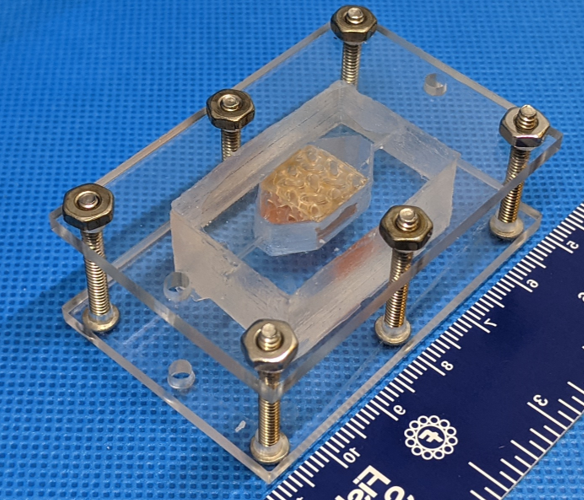 This competition, which started in 2016, aims to make organs such as heart, lung, liver, and kidney, including vascular tissue, have a certain thickness and metabolic function in a laboratory environment. The $500,000 prize pool will be distributed among the top three teams.

These two teams succeeded in 3D printing of liver tissue including blood vessels in the laboratory using slightly different techniques. The organization won $300,000 for Winston and $100,000 for WFIRM, who made it a little better to make it work for 30 days. The award gave the two teams the opportunity to test the groundbreaking organizational model created by the International Space Station in the future.

The experts who evaluated this 11 team’s research said that the experiment in outer space is an important task and the possibilities are endless because the technology competition is being used not only on the ground, but also in the medical care of astronauts who will spend a long time in outer space in the future. is revealing

One expert says the technology is likely to be put to practical use in the next 10 years. It is revealed that in the next 15 to 20 years, it may be possible to create all organs. NASA will continue to use the contest to prepare for future space missions, including trips to the Moon and Mars. Related information can be found here.